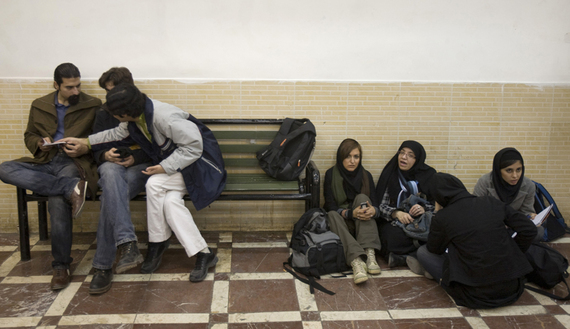 Some 21,000 foreigners studying in Iranian universities

Kerman, April 6, IRNA – Director General for non-Iranian university students at the Ministry of Science, Research and Technology Samad Haj Jabbari said on Wednesday that there are some 21,000 foreign students in Iran out of which some 17,000 are Afghan nationals.

In a meeting with Deputy Chief Executive Officer of Afghanistan Mohammad Mohaqiq, he said upholding the scientific knowledge of the neighboring countries would help in establishing durable tranquility and security.

The high number of Afghan students in Iran is sign of cultural, religious and langual commonalties between the two neighboring states, he said.

It is of prime importance to demonstrate the capabilities of the Iranian universities to neighboring states, he said.

Desirable life style and low cost of living in Iran are the main motives for foreign students to choose the country, he said.

Afghan university students play a significant role in cultural events in the Islamic Republic of Iran, he said.

Some 500 Afghan nationals are now studying in Kerman province.