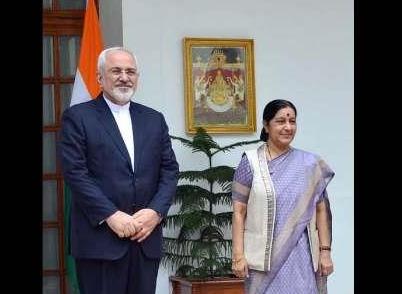 Indian FM due in Tehran on April 16

Swaraj will co-chair a meeting of the India-Iran Joint Commission to review the entire gamut of bilateral relations, with officials from the Iranian ministry of finance and economic affairs in attendance.

During Swaraj’s visit, connectivity is expected to be a key theme of discussions. India is also expected to exchange views with Tehran on the threat of terrorism posed by ISIL and the situation in restive Afghanistan.

Chief among the connectivity issues on the table between India and Iran is the development of the Chabahar port in the Gulf of Oman.

Prior to Swaraj’s visit, oil Minister Dharmendra Pradhan will also be in Iran, aiming to scale up oil and gas trade and investment in the energy sector, as well as downstream industries like fertilizer and steel.

According to Mintlive website, the visits to Iran are being viewed as a balancing act by India. Iran is key to Indian plans to ensure physical connectivity with Central Asia and Afghanistan.

India imports close to 12 million tons of crude from Iran. Its total crude import in 2015-16 was 184 million tons.

India is keen to increase crude procurement from Iran. However, significant amounts of its current crude requirements are tied up through existing long-term contracts.