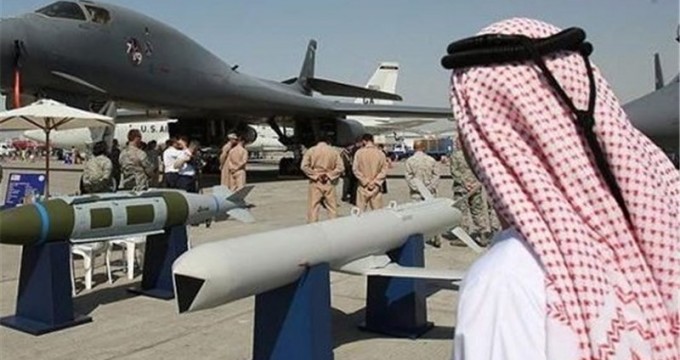 EHRAN (Tasnim) – Global military spending rose in 2015 for the first time in four years, with the US, China and Saudi Arabia topping the list, a Swedish-based research institute said Tuesday.

“It’s the first time since 2011 there has been an increase, it’s a slight increase and a mixed picture,” Sam Perlo-Freeman, head of SIPRI’s military expenditure programme, told dpa.

The US remained the world’s largest spender with 596 billion dollars, despite cuts of 2.4% year-on-year. But the US cuts were “less than in previous years,” Perlo-Freeman said.

The US expenditures equalled 36% of global spending and almost three times as much as second-placed China.

China’s spending increased by 7.4% compared to that in 2014, and was estimated at 215 billion dollars – four times as much as regional rival India.

The expenditure in China was, like previous years, in line with its economic growth rate, SIPRI said.

Indonesia, Vietnam and the Philippines also saw large increases in the Asia and Oceania region, partly driven by tensions with Beijing over the South China Sea, the report said.

Saudi Arabia replaced Russia in third place, spending 87.2 billion dollars in 2015. Expenditure in the two oil-rich countries has slowed in the wake of falling oil prices.

SIPRI estimated that Russia spent about 66 billion dollars on its military, up 7.5% on 2014.

The other top 10 spenders were Britain, India, France, Japan, Germany and South Korea.

The conflict in Ukraine has resulted in increased spending in several countries that neighbour Russia, including Poland, Romania and the Baltics, the SIPRI researcher said.

Efforts to combat the Daesh (ISIL) extremist group was another factor that has contributed to the trend that spending declines in the west were “bottoming out,” Perlo-Freeman said.

Africa was the region with the highest decrease in spending last year – down 5.3% year-on-year, SIPRI said. Large spending cuts in oil- and gas-rich Angola were cited as a main reason.

For the Middle East, SIPRI was unable to compile a regional estimate as data was lacking for several countries, including Kuwait, Qatar, Syria, the United Arab Emirates and Yemen.

In Latin America, spending dipped almost 4%, mainly because of cuts in Venezuela, Ecuador and Brazil.

SIPRI said its figures include salaries, costs for operations, purchases of arms and equipment as well as research and development.