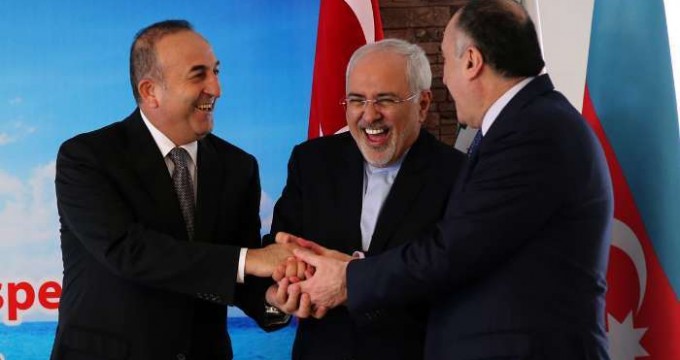 Azerbaijan, Armenia conflict to be resolved through peaceful means: Statement

Tehran, April 5, IRNA – Foreign Ministers of the Islamic Republic of Iran, Turkey and Azerbaijan in a statement at the end of the fourth trilateral meeting in Ramsar called the conflict between Azerbaijan and Armenia to be resolved through peaceful means and based on international law.

The statement was issued at the end of the fourth round of trilateral meeting between Iran, Turkey and Azerbaijan in Ramsar on Tuesday.

The statement underlines bolstering of cooperation based on regional accord, ECO and OIC.

The three countries pledge to broaden cooperation in fight with terrorism, extremism and segregation, read the statement.

The three foreign ministers in the statement welcomed the implementation of the Joint Comprehensive Plan of Action (JCPOA) and urged both sides to remain committed to their pledges while backing Iran’s proposal on a world free from violence and extremism (ratified by UN).

They also denounced discrimination of gender, color, religion, belief, ethnic and establishment of dialogue among civilizations.

The trilateral meeting between Iran, Turkey and Azerbaijan foreign ministers kicked off on Tuesday in Ramsar, north of Iran and concluded on the same day.