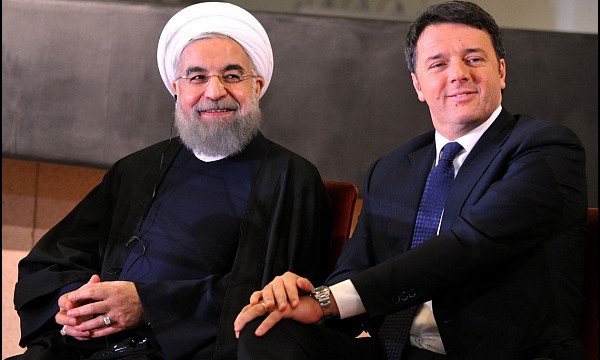 Rome, April 4, IRNA – Italian Prime Minister Matteo Renzi said on Monday that he will pay a 2-day official visit to Iran next week at the invitation of President Hassan Rouhani.

The Italian premier’s office in a short statement said that Matteo Renzi will travel to Tehran on April 12, 2016.

In January, Iran and Italy signed 17 agreements worth 17 billion euro.
Renzi in a joint press conference with President Rouhani at that time said that there were many sectors including energy and health that the two countries may cooperate and added that there are plenty of opportunities in Iran for Italian small and medium sized companies.

In the press conference, Renzi underlined Iran’s prominent position and role in regional equation and added that Iran had an effective and active role in the fight against terrorism, although this major threat needs unity and public coordination among all world countries.

Renzi also underlined his country’s firm intention to develop ties with Iran in all fields and said that Italy wants to use existing opportunities and take big steps for consolidation of friendly relations with Iran and in this concern reviving the Silk Road could open a new chapter in relations between Iran and Italy.

Since a nuclear deal between Iran and Group 5+1, Italy has been trying to turn into Iran’s first trade partner in Europe and in this connection several Italian ministers as well as trade and government delegations visited Iran.