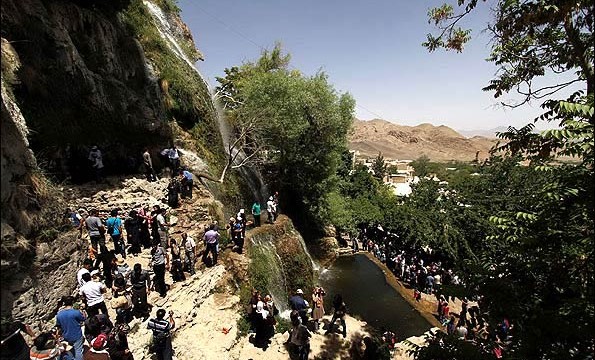 Kashan, April 3, IRNA – Some 3,000 foreign tourists visited natural sightseeings of Niasar, knwon as rose-land for growing rose flowers on the suburbs of Kashan, Isfahan province, in the course of Norouz holidays, caretaker of the city’s Municipality said on Sunday.

He further noted that over 357,000 Iranian tourists and passengers also visited the city’s tourism sites during the same period.

In view of its various tourist attractions including Eskandarieh Spring, Water Mill, Safavieh Bath and other attractive sites, Niasar hosts a large number of tourists all the year, during Norouz holidays in particular, from all over the world.

Niasar, located in northwest of Kashan, is famous for Rose-Water Festival which begins earlier in May.