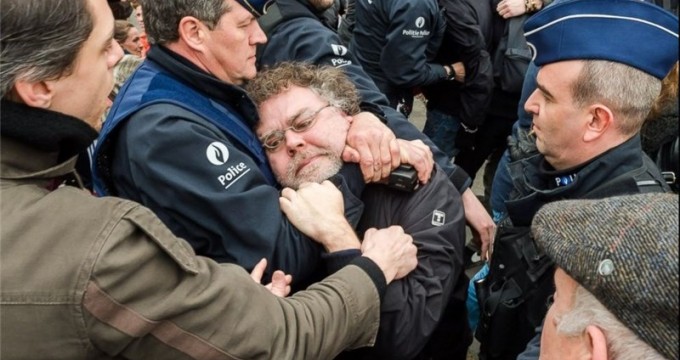 More Than 100 detained in Brussels in anti-racism protest

TEHRAN (Tasnim) – Belgian police made a series of arrests of right-wing and anti-racist protesters in Brussels, and riot squads engaged in a tense confrontation with local youths in the district of Molenbeek.

The standoff on Saturday grew out of plans by a far-right group to hold a demonstration in Molenbeek, a largely Muslim neighborhood where a number of the militants who staged attacks in Paris had been based. An anti-racist group had called for a counter-demonstration.

Both were banned by local authorities, fearful of a repeat of last Sunday’s disturbance, when police fired water cannon to break up around 450 rowdy protesters, many of whom local media said were right-wing nationalists.

Police said a number of extreme-right protesters nevertheless did arrive in Molenbeek. At least seven were detained, Reuters reported. 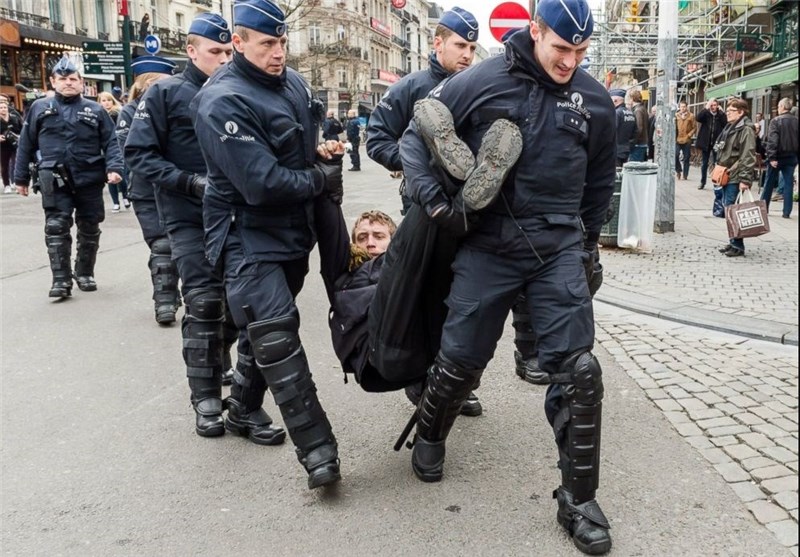 “There was a protest expected by the extreme right, so there a large group of (local) youths gathered and then at a point we had 300 to 400 surrounding the police station,” a police spokesman said.

Around 200 riot police stood guard in Molenbeek and there was a tense stand-off with the local youths, mostly of North African origin, one of whom hurled a rubbish bin toward the police. Water cannon were in place but were not used.

At one point, Reuters reporters, said a car approached the police line, was hit by police batons and in speeding away, hit a woman.

In the center of the city, police held around 10 anti-racist activists who had assembled near the bourse, where flowers, candles and flags have been laid in memory of the 32 victims of the March 22 suicide bombings at the city’s airport and metro.

Belgian television later showed some 30 far-right marchers in an outer suburb of the Belgian capital, holding a banner reading “This is our country”.