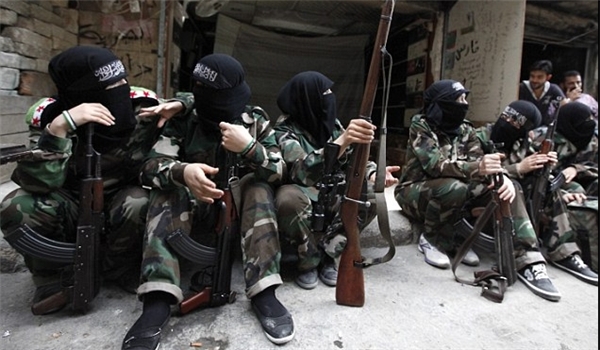 Most foreign fighters in Iraq, Syria from four EU nations

TEHRAN (Tasnim) – Around 4,000 Europeans traveled to Syria and Iraq to join militant groups as foreign fighters, most from just four EU countries, a new study said.

Of the estimated 3,922 to 4,294 foreign fighters from EU member states, some 2,838 came from Belgium, Britain, France and Germany, said the International Center for Counter-Terrorism in The Hague on Friday, AFP reported.

Using data supplied by 26 EU countries, the independent think tank found that while around 30 percent have since returned home, about 14 percent were killed on the battlefield.

More than 90 percent come from large metropolitan areas, some from the same neighborhoods suggesting the “radicalization process” is short and “often involves circles of friends radicalizing as a group and deciding to leave jointly for Syria and Iraq.”

The report – compiled before the March 22 attacks in Brussels – reiterated that Belgium has the highest number of foreign fighters per capita in the European Union, sending 41 fighters per million Belgians.

Not only did Belgium contribute the most fighters compared to its population, but only 18 percent of them had returned, compared to 50 percent of those who had left from Denmark. Austria and Sweden followed in per capita terms.

In absolute terms, France was the largest source country for fighters who had left to fight alongside Daesh (ISIL). The study counted more than 900 of them. Germany and Britain also contributed large numbers.

Between September 2014 and September 2015 there were reportedly some 30,000 foreign fighters in Iraq and Syria from around 104 countries. “Experts and government officials have increasingly warned of the potential security threat this phenomenon might also pose to Europe and beyond,” the report said.

It found that while European countries have tightened national security and border controls, only nine have made it a criminal offense to become a foreign fighter.

Few countries also have any kind of reintegration program for those returning from the conflict areas.

And the changing pattern of foreign fighters, including the radicalization of women and the very young, as well as those with possible mental health issues, “are not [yet] reflected in more targeted policies.”

The center recommended that the EU should set up an internal reporting system, saying there was “a clear need for an effective [and centralized] monitoring and evaluation framework” to analyze the impact of existing policies.