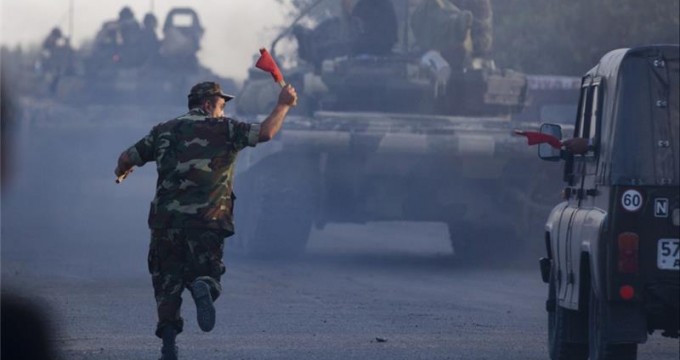 A new wave of fighting broke out in the disputed Nagorno-Karabakh region on Saturday, killing at least a dozen servicemen and drawing international calls for an immediate ceasefire to stop violence spreading in the South Caucasus.

Nagorno-Karabakh, which lies inside Azerbaijan but is controlled by ethnic Armenians, has run its own affairs with heavy military and financial backing from Armenia since a separatist war ended in 1994, Reuters reported.

The Azeri Defense Ministry said on Saturday the army had “liberated strategic heights and settlements” in the region.
“Six Armenian tanks were destroyed (and) more than 100 Armenian servicemen were killed and injured,” it said in a statement, saying 12 Azeri servicemen had also been killed.

Armenia’s government denied the Azeri report on the number of casualties. Earlier on Saturday, Nagorno-Karabakh’s military said Armenian anti-aircraft forces downed an Azeri helicopter. Baku admitted that its Mi-24 helicopter was shot down.

Both sides also reported civilian casualties and accused each other of violating the ceasefire, a sign that the two-decade-old conflict which has left some 30,000 people dead is far from a peaceful resolution. Similar violence was reported last month.