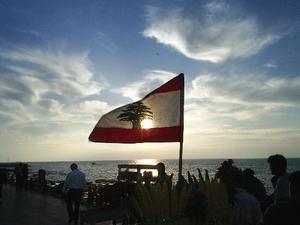 BEIRUT (AP) — Beirut-based employees of the Saudi-owned Al-Arabiya channel said the station has decided to shut down its Lebanon operation amid tensions between Riyadh and Beirut.

The channels’ Beirut correspondent Adnan Ghamloush said the decision to shut down “for security reasons” was communicated to the staff on Friday through a lawyer, and effectively puts 27 employees out of work.

He declined to give other details and the nature of the security threat remained unclear.

Al Arabiya, which is affiliated with the MBC group, provoked protests by supporters of the Lebanese militant Hezbollah group in February after the channel broadcast a comedy skit mocking the Hezbollah leader.

Saudi Arabia has halted deals worth $4 billion for Lebanon and warned its citizens against travel to the country in retaliation for Lebanon’s siding with Iran amid the Sunni kingdom’s spat with the Shiite powerhouse.

Also Friday, a group of activists briefly raided the Beirut office of a Saudi-owned newspaper, Asharq al-Awsat, protesting a cartoon published in its Friday edition.

The cartoon depicted the Lebanese state as an April’s fool joke, printing the Lebanese flag with the words “April’s Fool” over it.

The insulting cartoon provoked a storm over social media, with many, including politicians, demanding an apology.