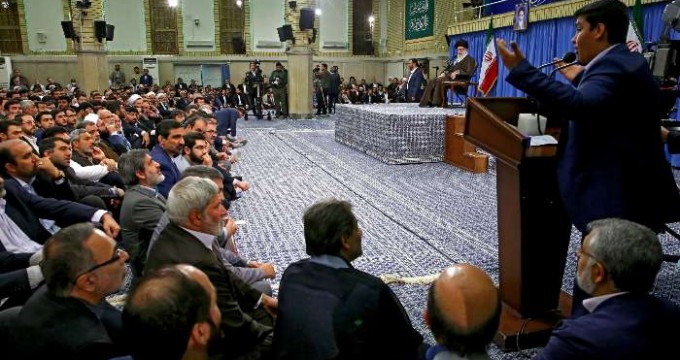 Reuters changed and distorted Ayatollah Khamenei’s remarks who agreed with political dialogue on global issues and put Iranian Leader’s statements in another form on its website.

The Leader in his remarks addressed to Iranian eulogists (Madahan) spoke about important issues such as Iran’s missile capabilities, diplomacy, negotiations and resistance economy.

‘The Islamic Republic of Iran should use all means. I am not against the political dialogue, of course not with all, I agree with political dialogue t the level of international issues; today is the era of both missile and negotiations,’ Ayatollah Khamenei said.

In another part of his speech, Ayatollah Khamenei reemphasized on his agreement with the diplomatic means and political negotiations except for some exceptions.

‘They should not propagate in a way as if we are against dialogue, we say that we should negotiate in a powerful and vigilant manner in a bid to avoid being deceived,’ the Supreme Leader added.

This is while the Reuters news agency right after Ayatollah Khamenei’s talks distorted the Iranian Leader’s statements by undermining the principles of professional journalism.

Reuters disseminated this untrue sentence minutes after Supreme Leader’s statements which is against the principle of proper dissemination of news in media.