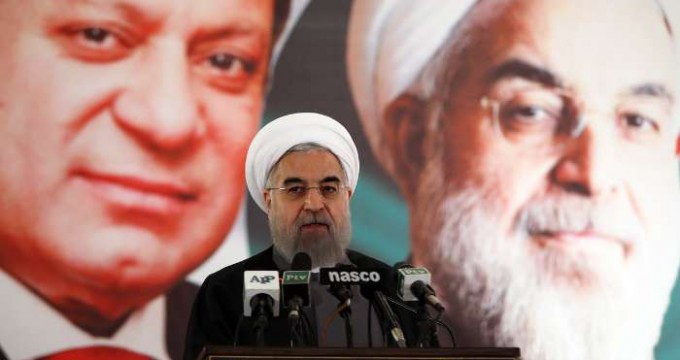 Iran’s President Hassan Rouhani says lack of unity among Muslims is the main reason behind the current problems and crises that face the Islamic world.

Addressing a gathering of Pakistani scholars and intellectuals in the capital city, Islamabad, on Saturday and on the second day of his two-day official visit to Iran’s eastern neighbor, Rouhani said unity is the only remedy to problems of which both Shia and Sunni Muslims are suffering.

Rouhani noted that religious schools in Islamic countries should teach students in Islamic unity, because if Muslims want to overcome the existing crises in the Islamic world, they have no choice, but to foster unity among Muslim societies.