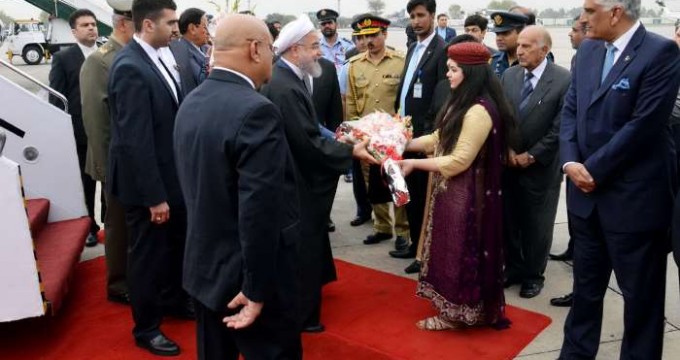 President Rouhani is given 21-gun salute in Islamabad

As a sign of deep respect for Iranian president, the Pakistani hosts performed a 21-gun salute in honor of him.

During the 2-day visit, bilateral talks and consultations will be held by senior officials of both countries.

A 60-strong trade delegation also arrived in Islamabad hours before President Rouhani to study grounds for economic cooperation with Pakistan.

A number of cooperation documents are to be signed in the fields of electricity, insurance, commerce, commercial strategic programs, media, academic, medical and health affairs as well as tourism by related ministers in the presence of heads of both states.