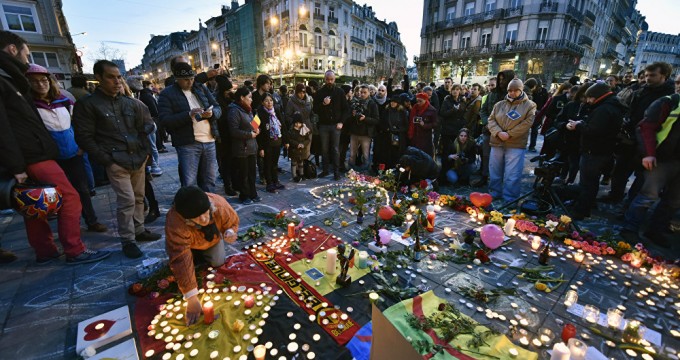 Belgium has confirmed plans to carry out airstrikes on Daesh targets as part of the US-led coalition after the Brussels deadly attacks earlier this week, the country’s prime minister, Charles Michel, said Friday.

On Tuesday, two suicide blasts hit the departures hall of Brussels’ Zaventem international airport and an explosion shook a subway carriage at the Maelbeek station, close to the EU institutions.

The deadly terror attacks in Brussels on Tuesday claimed the lives of at least 31 people and injured over 300.

The US-led international coalition has been conducting airstrikes against Daesh terrorist group in Iraq and Syria since 2014. The coalition has not received an official request from Damascus to conduct the attacks in Syria or corresponding permission from the UN Security Council.