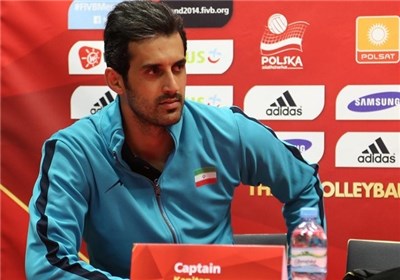 The setter will be a key part of the Iran team that will compete in Group 1 of this year’s FIVB Volleyball World League. They open their campaign in Rio de Janeiro on June 16, 17 and 18 where they face Brazil, Argentina and USA.

Two years ago Marouf captained Iran when they came close to winning their first World League medal, before eventually finishing fourth after losing to Italy in the bronze medal match.

The 31-year-old hails from Urmia and began with his home town club, Moghavemat. As well as playing in the Iranian Super League he has also played in the Russian League for Zenit Kazan.