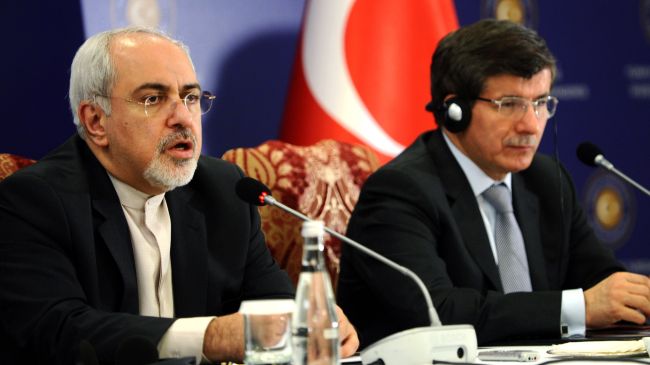 Is Turkey swaying back toward Iran?

TEHRAN, Iran — The dynamics of the Iran-Turkey relationship are changing. A cursory glance at the Turkish prime minister’s March 4-5 visit to Tehran — including the way he behaved and was treated — gives the impression of a change in tone and intentions. Ahmet Davutoglu headed a major delegation consisting of five ministers and dozens of Turkish companies and businessmen — one of the largest such missions in the past decade.

The Arab Spring added new dynamics to Iran-Turkey ties. Prior to the uprisings, the relationship was defined by cooperation — both political and economic — in the absence of ideology. The emergence of the Syrian crisis, however, brought ideology to the forefront. Turkey, feeling the urgency to lead the Muslim Brotherhood’s momentum across the region, reduced its choices to backing the Syrian opposition. Meanwhile, Iran, assessing developments in Syria through the lens of a strategic rivalry that saw its competitors arm a peaceful uprising, clung to the status quo. Iran was preserving its regional influence while Turkey was enhancing its sway.

This article was written by Hassan Ahmadian for Al-Monitor on Mar. 22, 2016. Hassan Ahmadian is an adjunct professor at the University of Tehran and a senior research fellow at the Center for Strategic Research.