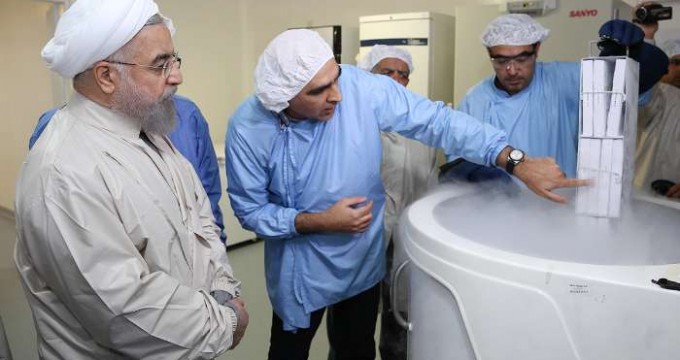 Kish Island, March 21, IRNA – President Hassan Rouhani said on Monday the government will employ all within its might to carry out the resistance economy policies as laid down by Supreme Leader.

Paying a visit to the Persian Gulf island to launch development projects, he said that heads of Iran’s free trade zones will meet on Tuesday on Hendurabi island to review the measure taken under Paragraph 11 of resistance economy policies.

‘The paragraph stipulates role of FTZs in bolstering the country’s economic strength through attraction of technology and capital, focusing on export and production,’ the president added.

During the visit to the research center, he said Iranian youth are a source of pride for the nation because of their praise-worthy achievements.

‘Their feats are in the service of the country’s self-sufficiency, expansion of non-oil exports, increasing hard-currency revenues, and eventually materialization of the resistance economy policies,’ he wrote in the center’s memorial book.