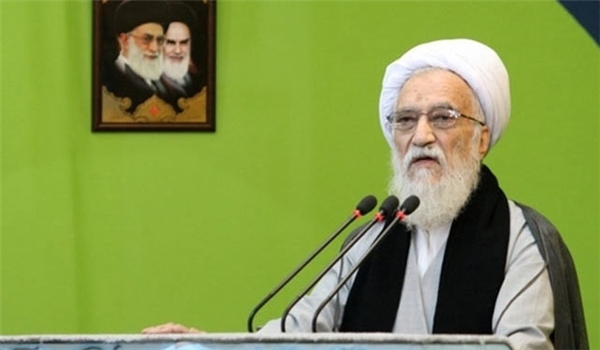 Cleric criticizes US lobbying with UN against Iran’s defense power

Ayatollah Movahedi Kermani said in sermons of the Friday Prayers that the Iranian government has the right to bolster its defense power.

‘Don’t we have the right to remain strong or upgrade our defensive system?’

The Ayatollah said that Iran is strong in term of defensive equipment possessing the ballistic missiles.
The US government supplies the Zionist regime and Saudi Arabia with deadly weapons and equips the Saudis to bombard the Yemeni people, he said, adding that they should be ashamed of their behavior and double standard.

Ayatollah Movahhedi Kermani also criticized the Persian Gulf Cooperation Council and the Arab League for branding Lebanon’s Hezbollah a terrorist group, saying Nabil al-Arabi, the Arab League secretary general, has been paid bribe to do so.