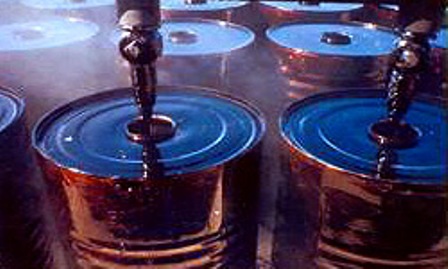 What are the key markets for Iran’s crude oil?

India is one of the key oil- export markets for Iran.

Europe is the most crucial market for Iran’s oil sector.

The International Atomic Energy Agency (or IAEA) confirmed in January this year Iran had fulfilled its promise of cutting back its nuclear program. With this announcement, the United States and European Nations finally lifted the ‘financial and oil’ sanctions from Iran. The lifting of these sanctions meant that the US will no longer prohibit any foreign companies or foreign individuals from purchasing oil and gas from Iran. It would also result in the resumption of trade and investments in petrochemicals, shipping, metals, shipbuilding, insurance, banking and other such services. This historic agreement opens a new chapter for Iran as it looks to increase its oil export revenues by $10 billion in the year 2016. So, where is this additional Iranian oil headed after all?

With oil sanctions lifted, Iran is targeting to increase its oil exports to India substantially. “Indian crude demand is growing faster than other Asian countries. Like our competitors, we see this country as one of the main targets for Asian sales”, said an Iranian government official under condition of anonymity. In fact, India’s crude demand is growing faster than any other nation in the world. As per International Energy Agency’s India Energy Outlook, at 6 million barrels per day, India’s oil demand would increase faster than any other country (even China) in the world in the next 25 years.

It is hardly surprising as to why Iran is so keen to tap this huge market potential (refer the figure). So far, India’s privately owned Essar Oil Limited and Government controlled – Mangalore Refineries and Petrochemicals have started buying the Iranian crude. “We have a long-lasting relationship with Iran and post lifting of sanctions we will evaluate the scenario,” said the Managing Director of Essar Oil Limited. Essar Oil Limited, MRPL and Indian Oil Corporation Limited are bought 110,200 barrels per day and 69,500 barrels per day respectively from Iran in the month of February.

Iran’s oil exports dropped from 2.6 million barrels per day in 2011 to around 1.4 million barrels per day (year 2014) after the imposition of sanctions by the US and the European Union. Before these sanctions, Iran was shipping around 800,000 barrels per day of crude oil to Europe, with Spain and Italy depending on Iranian crude for 16% and 13% of their total oil imports. Moreover, companies like Royal Dutch Shell (RDSA), Total (FP), Eni SpA (NYSE:E), Hellenic Petroleum (ELPE.AT) and Respol (REP) were major buyers of Iranian crude before the sanctions. All these users are now ready to resume business with Iran. Moreover, Iran’s Mehr news agency quoted that Iran’s oil exports to European countries (that include Spain, Germany, Britain, Italy and France) could increase by around 500,000 barrels per day which is almost double when compared to India. On March 6, Cepsa- a Spanish refiner became the first European player to offload Iranian crude since the 2012- sanctions.

It is pretty clear that Europe is the most crucial market for Iran at the moment. Companies like Eni SpA, Hellenic Petroleum and Respol haven’t purchased any crude oil from Iran after the lifting of sanctions. However, all these companies are likely to resume imports from Iran in the coming few months as they would try to leverage the market situation and get discounts on their purchases. Moreover, as Iran has rejected the proposal of freezing its output, it is getting ready to fight for the markets (especially Europe) that it lost to countries like Saudi Arabia, Russia and Iraq.

This article was written by Gaurav Agnihotri for Seeking Alpha on March 16,2016.