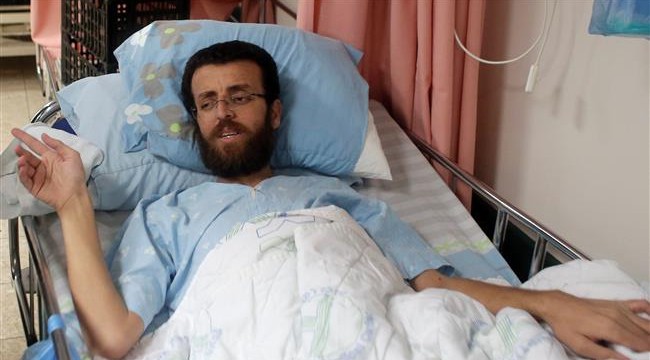 Israeli extremists have made death threats against Palestinian journalist Mohammed al-Qiq, who had been on a hunger strike for nearly a hundred days, while he is recuperating in hospital.

An Israeli soldier and a settler forced their way into Qiq’s room in the al-Afula Hospital while his security guard was away from his post, the Middle East Monitor reported on Wednesday.

“You must die. You deserve only death,” shouted the intruders after gaining access to Qiq’s room.

According to his wife, Fayhaa Shalash, the Israelis had arranged the incident with the conveniently absent security guard.

She added that the “extremists” fled the hospital after Qiq called for help.

Qiq halted his strike on February 26. He is still being treated for the damage caused by his 94-day hunger strike. He was arrested last November at his home in the West Bank city of Ramallah.