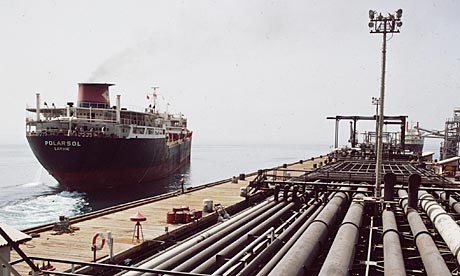 TEHRAN (Tasnim) – An Iranian deputy oil minister rejected recent media reports on Tehran’s plans to purchase oil tankers from Beijing, saying that no official negotiation has been held between the two Asian countries in this regard.

Iran has no problem in loading and selling crude oil with its existing oil tankers, Kazem Vaziri Hamaneh told the Tasnim News Agency, dismissing a report by Reuters, which said China has been in discussions on building oil tankers for the Islamic Republic.

“The capacity of (the country’s) oil tankers and oil reservoirs are enough to meet the needs of our exports,” he said.

“We have had no official talks with china for the purchase of oil tankers,” the deputy minister added.

In a report published on March 10, Reuters quoted unnamed sources as saying that Dalian Shipbuilding Industry Co, which is also controlled by Beijing, has been in talks on building container ships and oil tankers for Iran.

According to the report, one of the sources estimated that Iran would need $8-12 billion to modernize its fleet of container, cargo and oil tanker ships by around 2022.