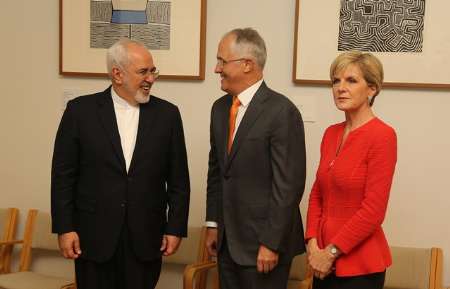 The two officials stressed importance of expansion of economic relations and also held talks on important international and regional questions.

Australia is the last leg of Zarif’s11-day diplomatic mission to six countries in his Southeast and Oceania tour that started on March 5.

During his two-day stay in Australia, Zarif is scheduled to discuss promotion of bilateral cooperation after removal of anti-Iran sanctions on January 16.