A look at Iranian newspaper front pages on March 14

1. No visa needed for Iranian visitors to Georgia 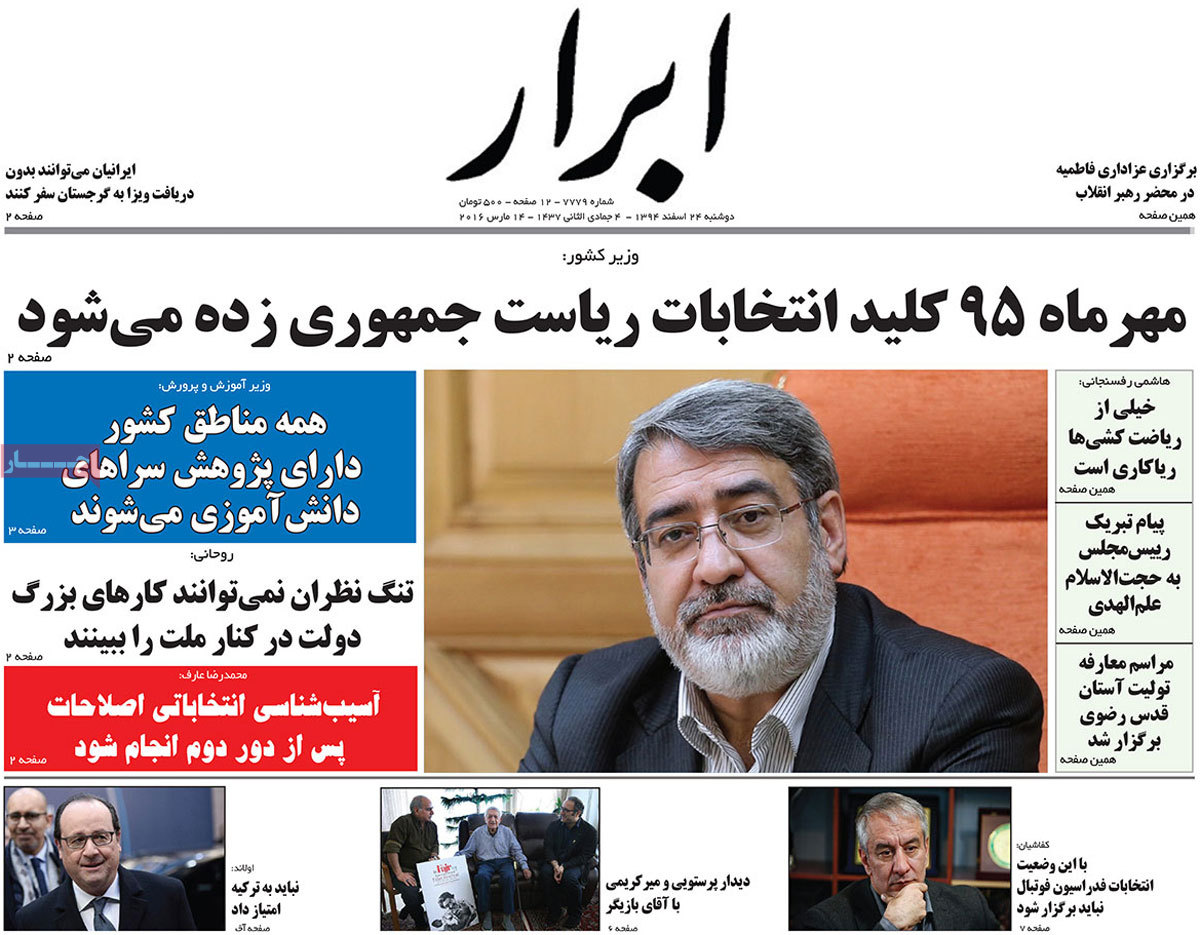 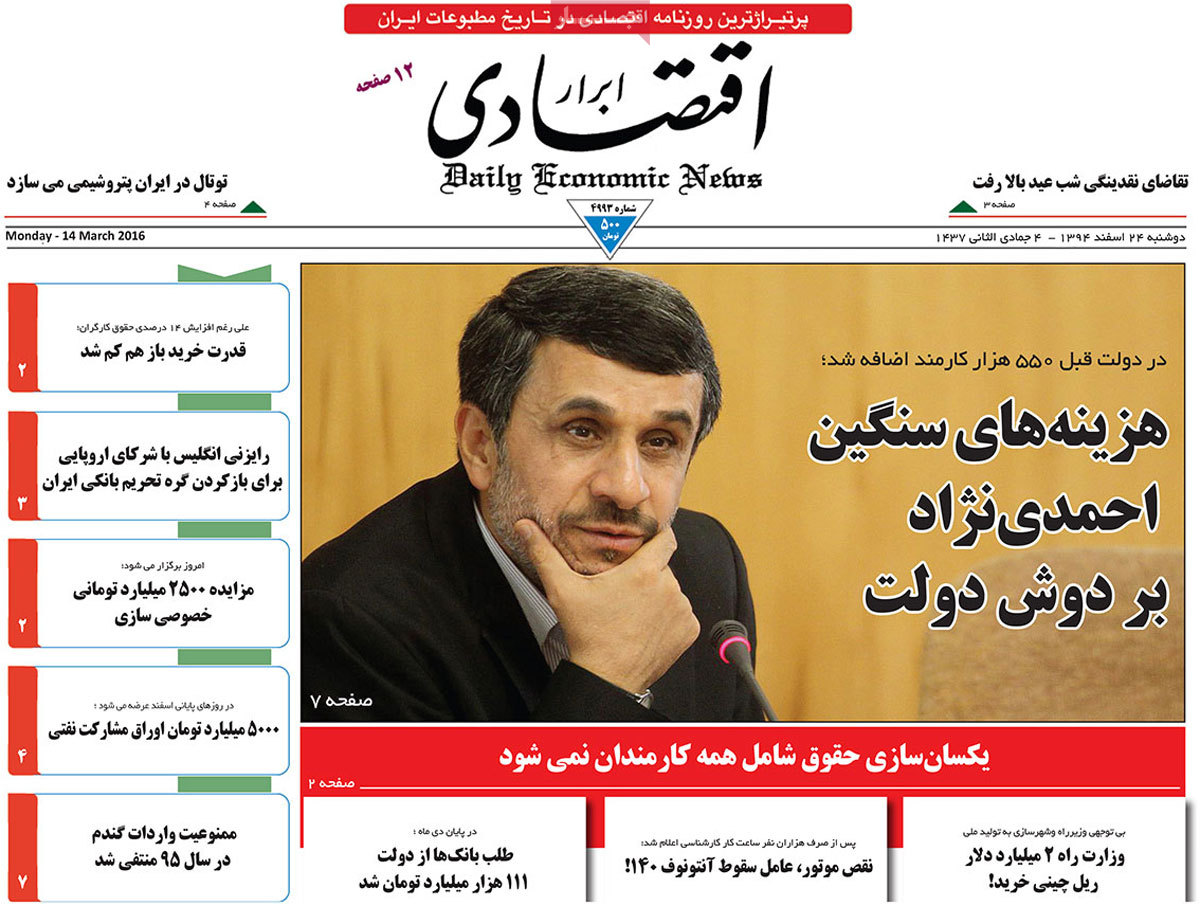 1. West contradicts itself in deeds and words in fighting terrorism: Rafsanjani

2. Aref: We seek a majority of seats in Parliament

5. VP: Government poised to bring economy back on track

6. The huge amount of smuggled goods is shameful: Cleric 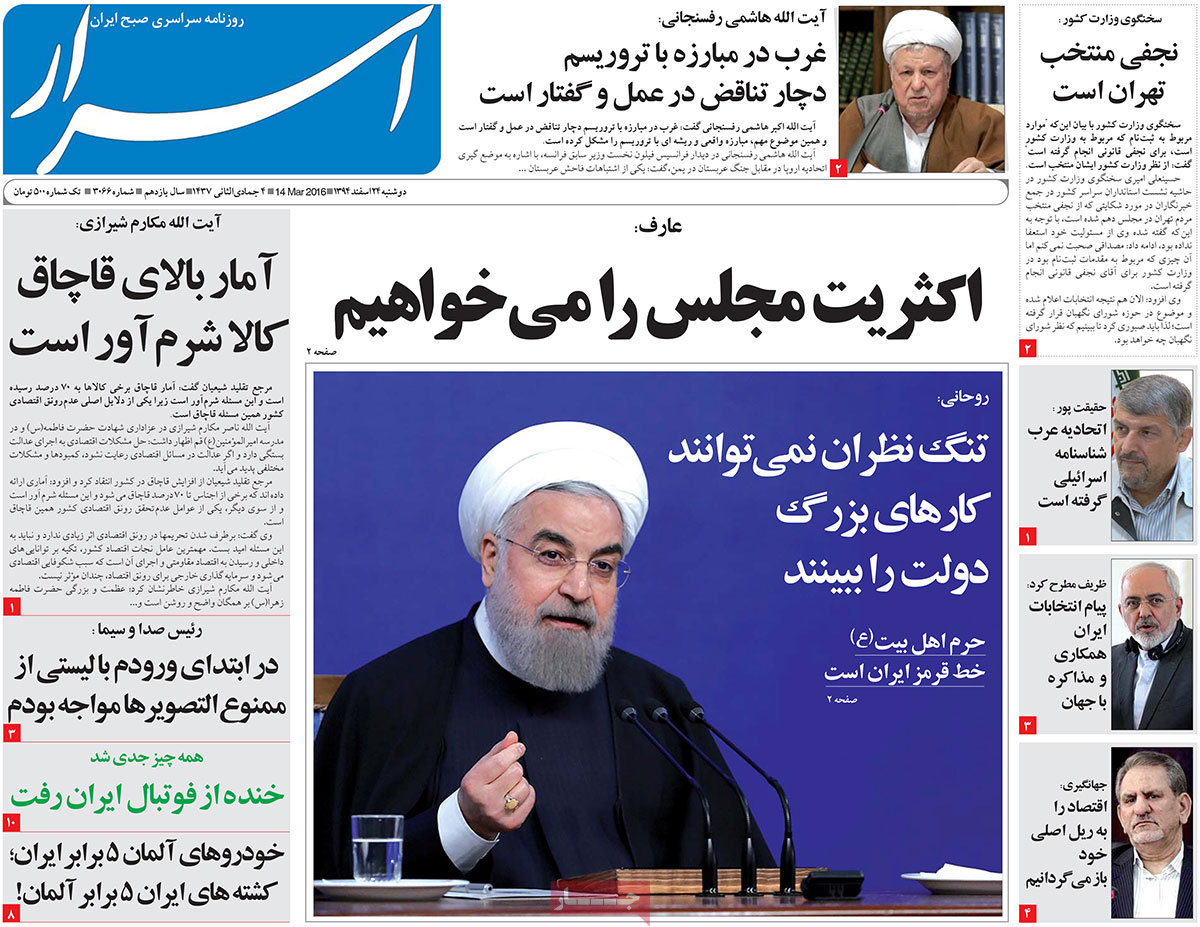 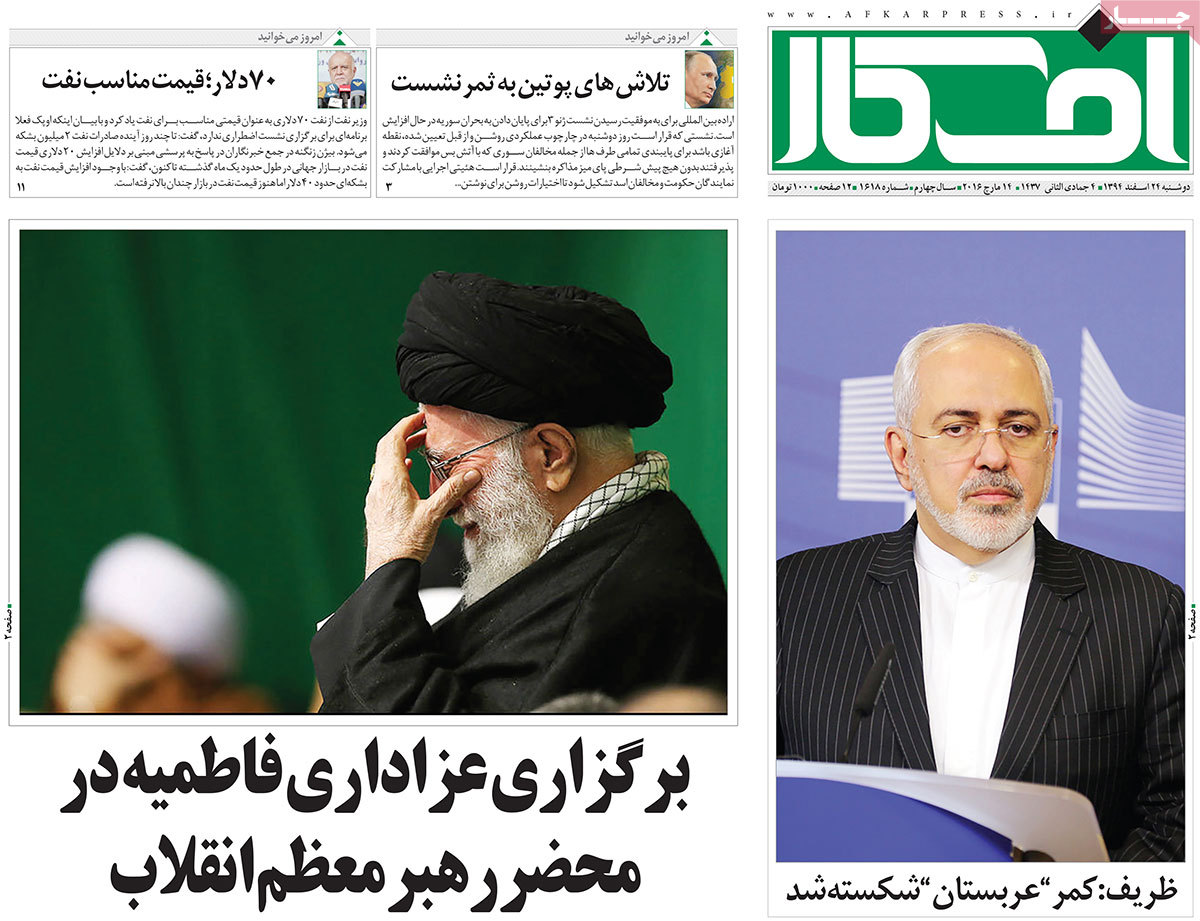 1. Araqchi: The other side has fulfilled the JCPOA commitments 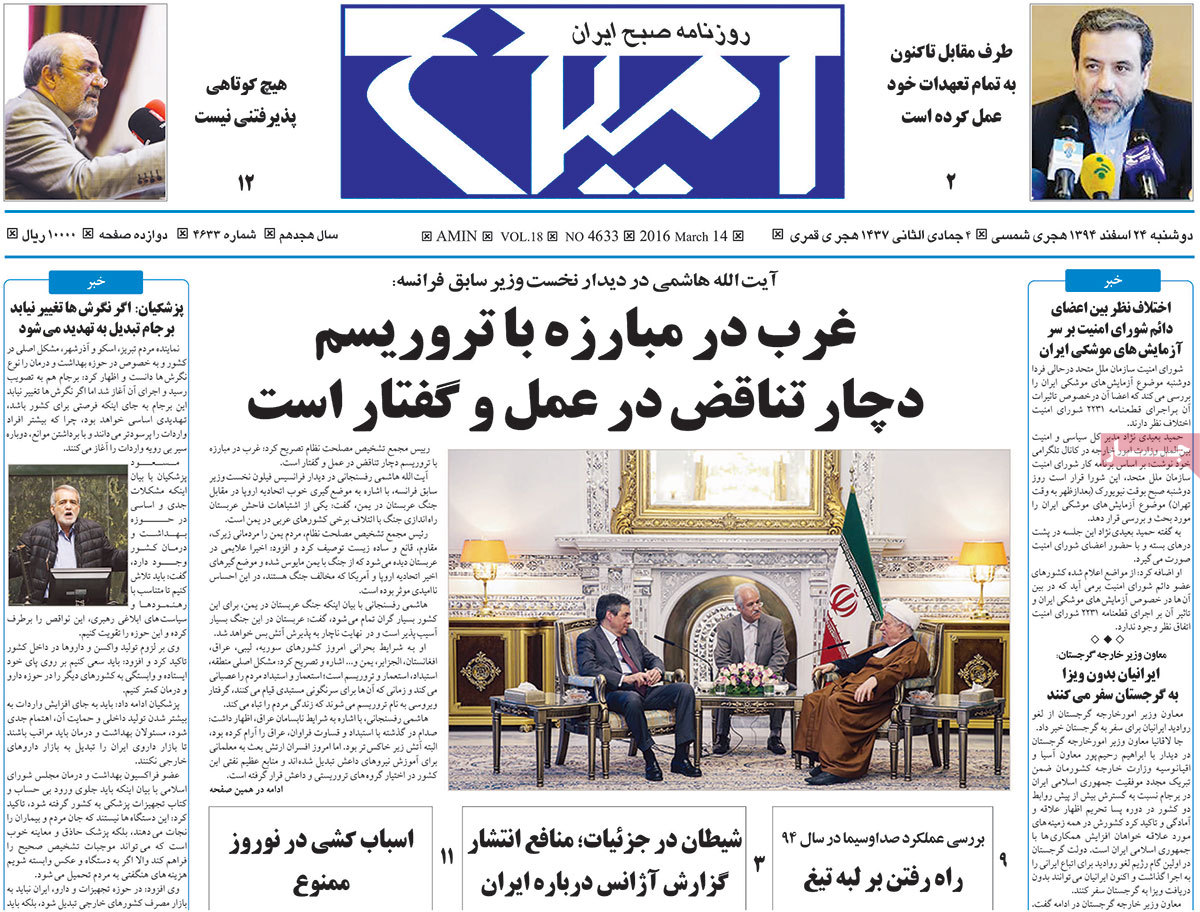 “Those who call on the people to live an ascetic life themselves lead various lifestyles,” said the cleric. 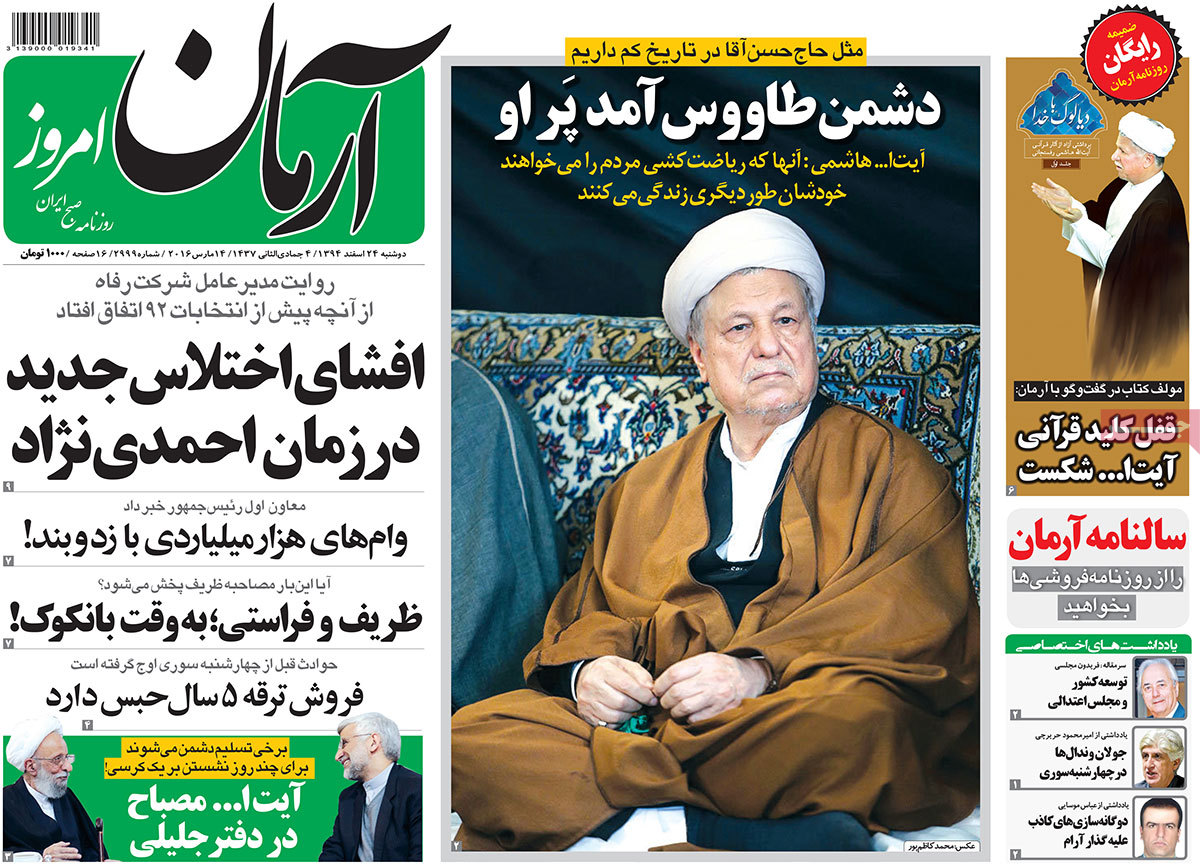 2. Zarif: Saudis sought to break Iran’s back, but had their own broken instead 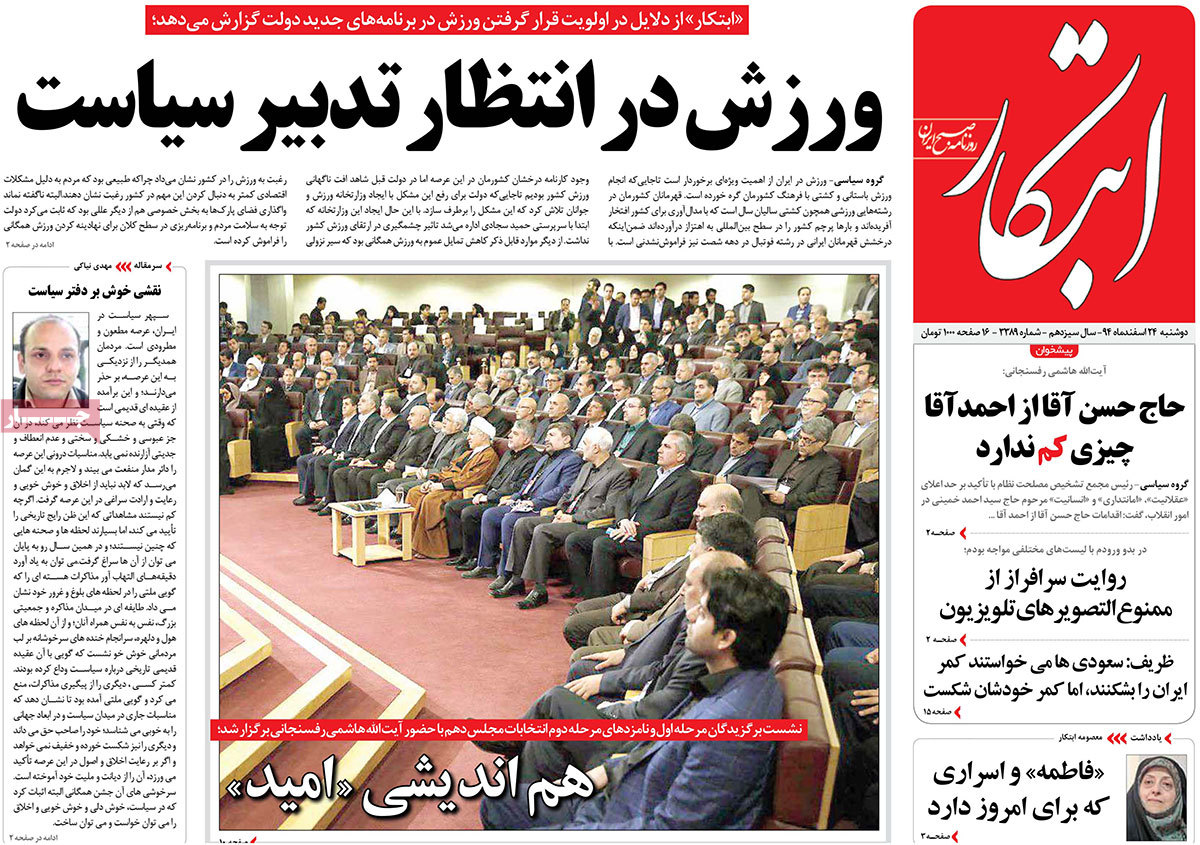 1. Billions of dollars of foreign investments flowing into Iran 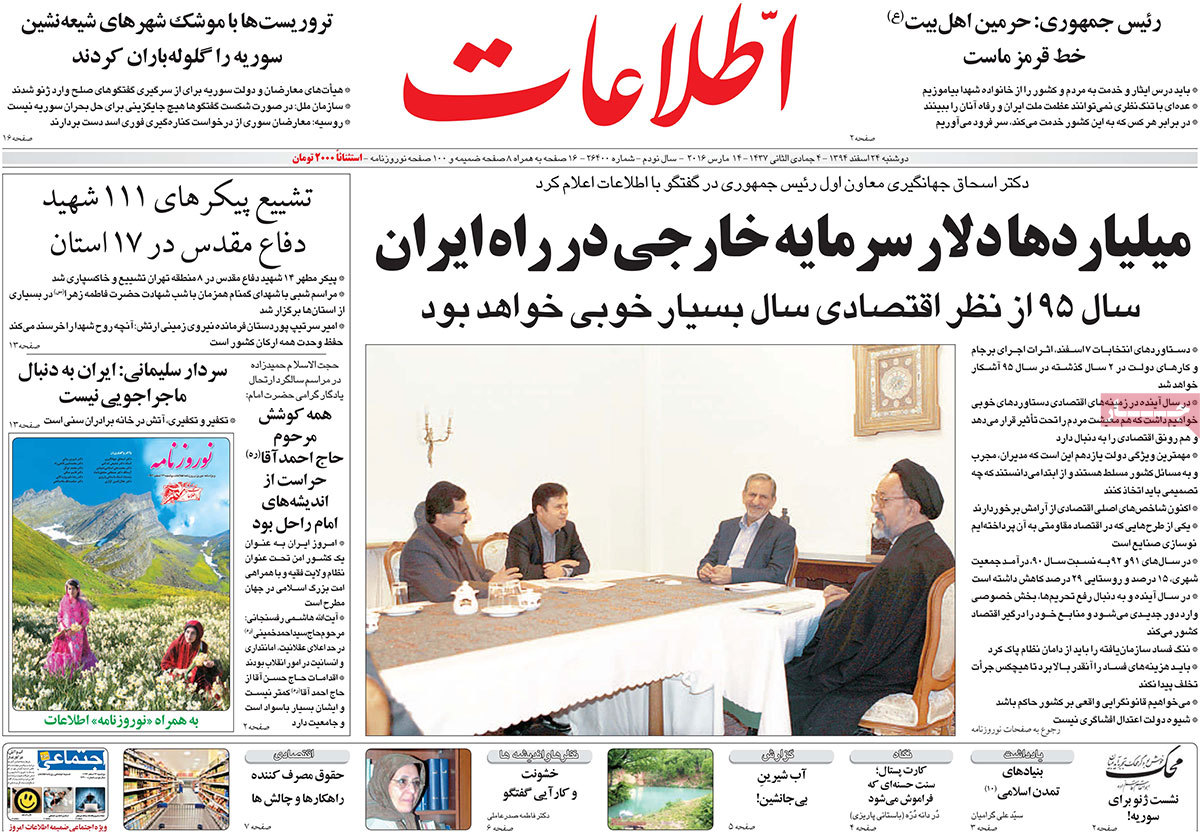 How Iranian President Hassan Rouhani has changed his tone since the February 26 elections. 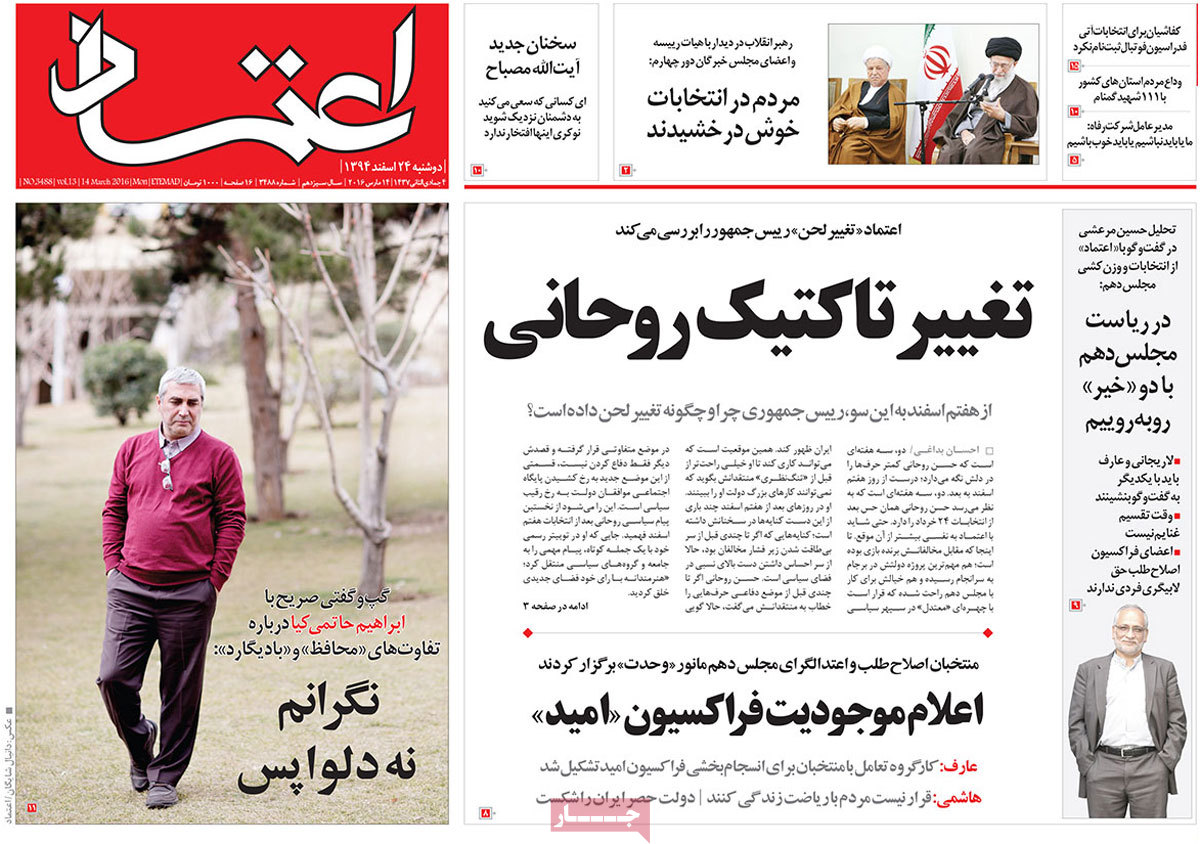 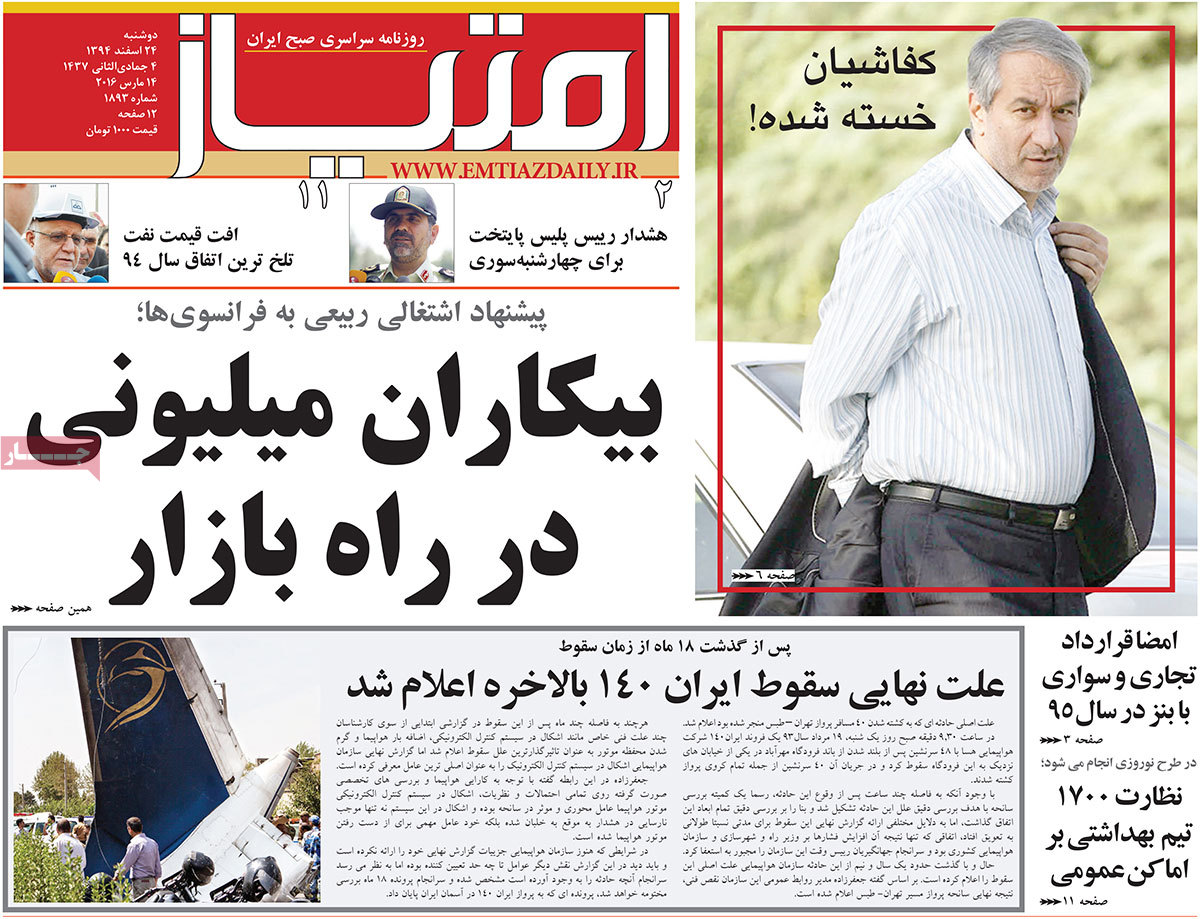 The Secretary of Human Rights Headquarters in Iran reacted to a recent report by Ahmad Shahid on human rights in Iran. 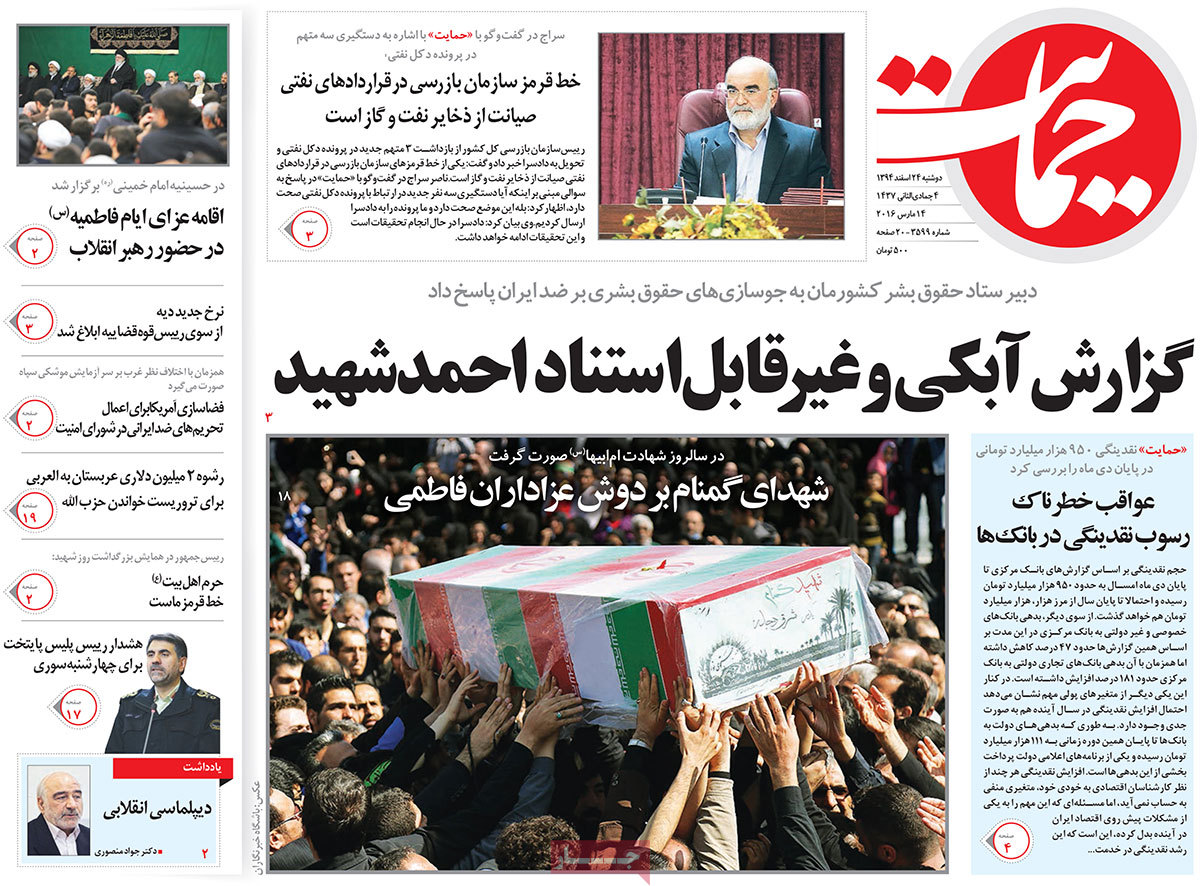 The Arab League Secretary-General is alleged to have received a $9m bribe from Saudi Arabia to blacklist Hezbollah as a terrorist organization.

A rally for Trump turned into a boxing ring

3. Zarif: Oil broke Saudi’s back instead of Iran’s 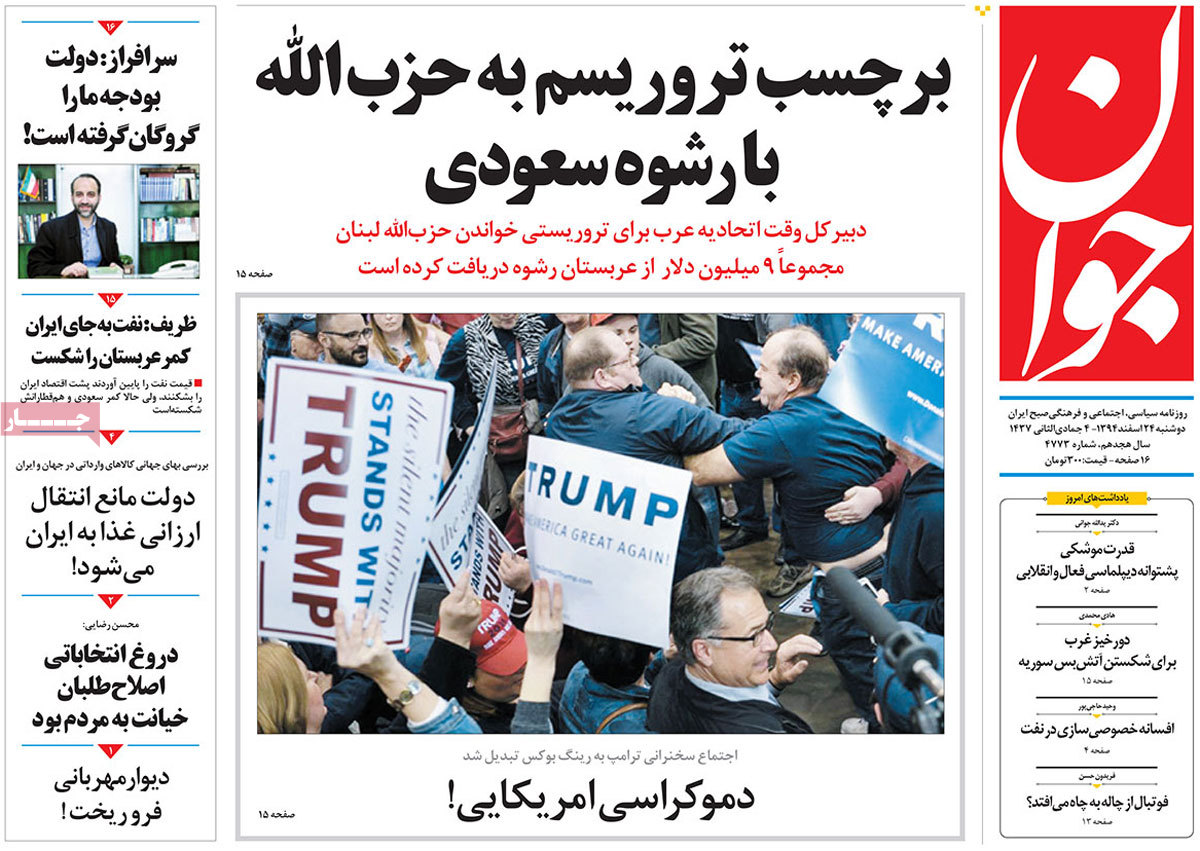 1. JCPOA outcome not yet measurable for economists

2. US uses UNSC as a stick [against Iran]

2. Obama advisor: US aimed at controlling Iran, not improving relations, in deal 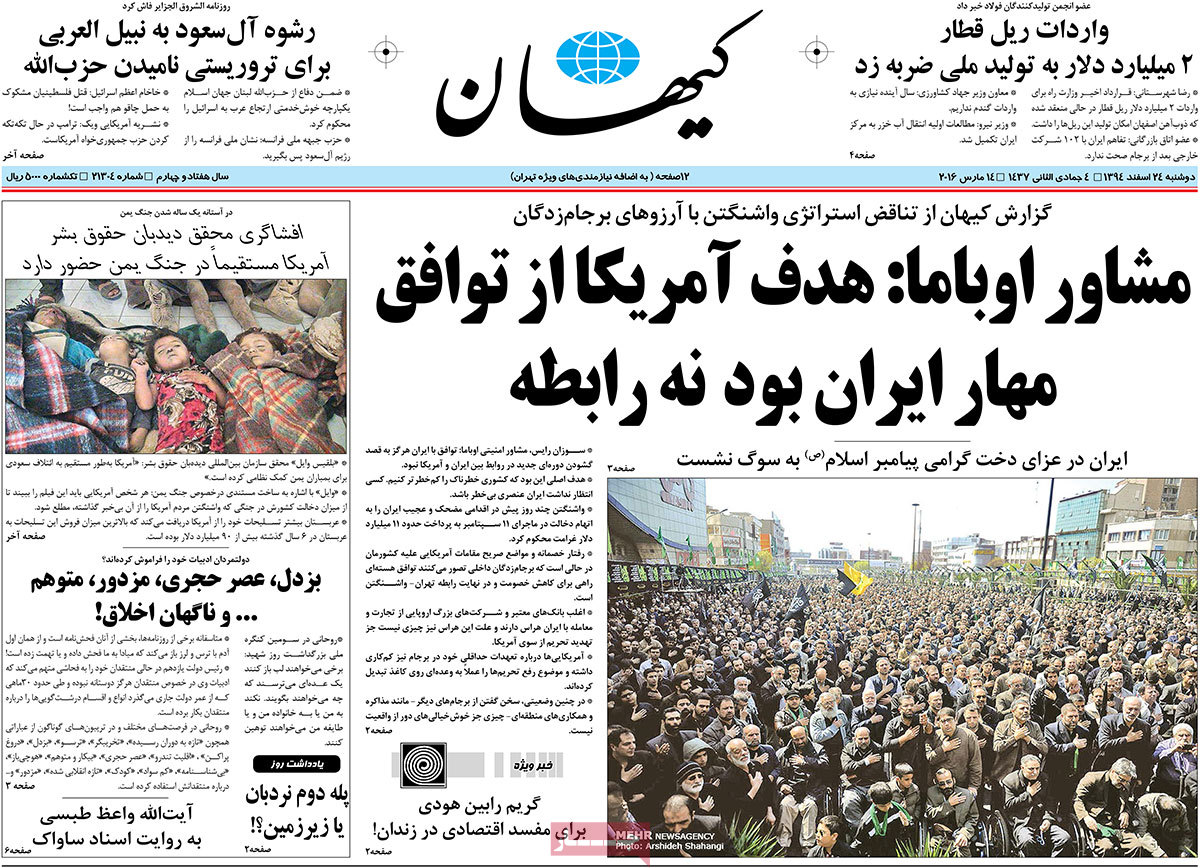 1. Rouhani: Think of nation and country instead of factions or parties

3. Iran to become self-sufficient in gasoline production next year: Zangeneh 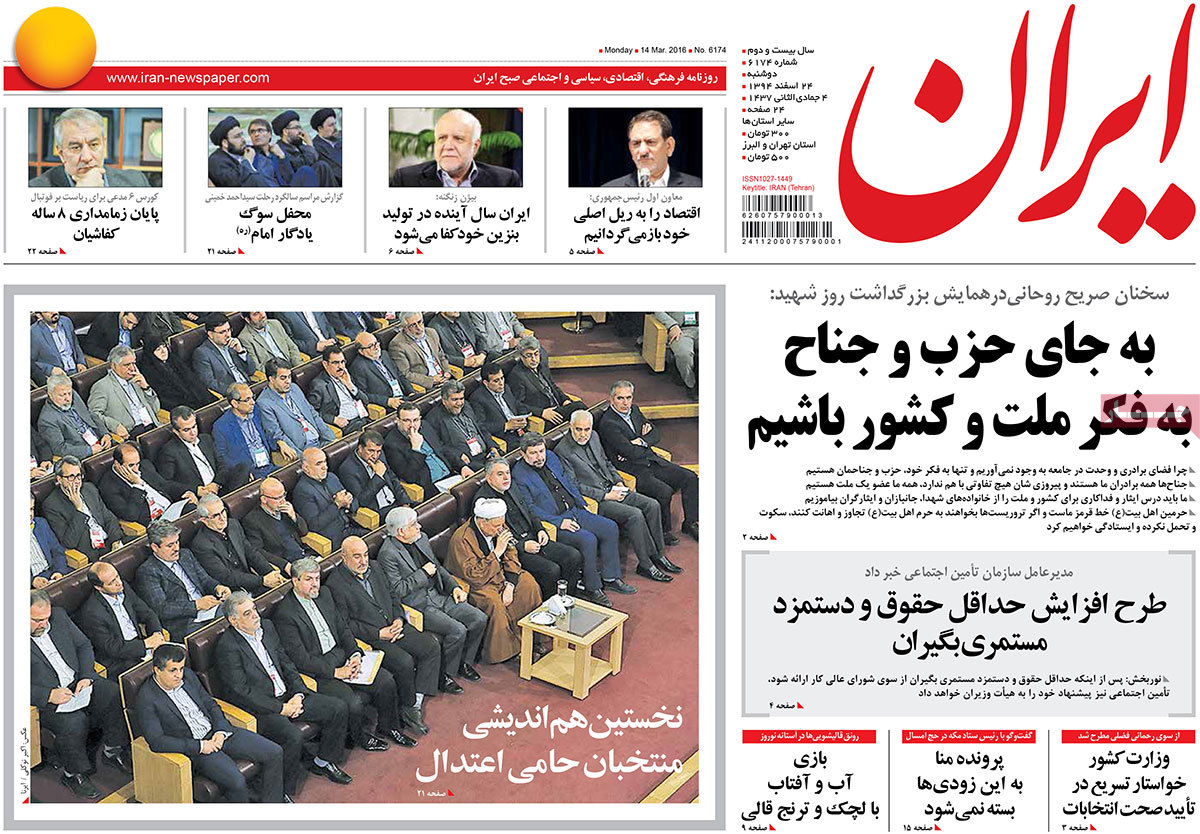 1. VP calls on private sector to act as pivot in economy

2. Mogherini to visit Tehran in April 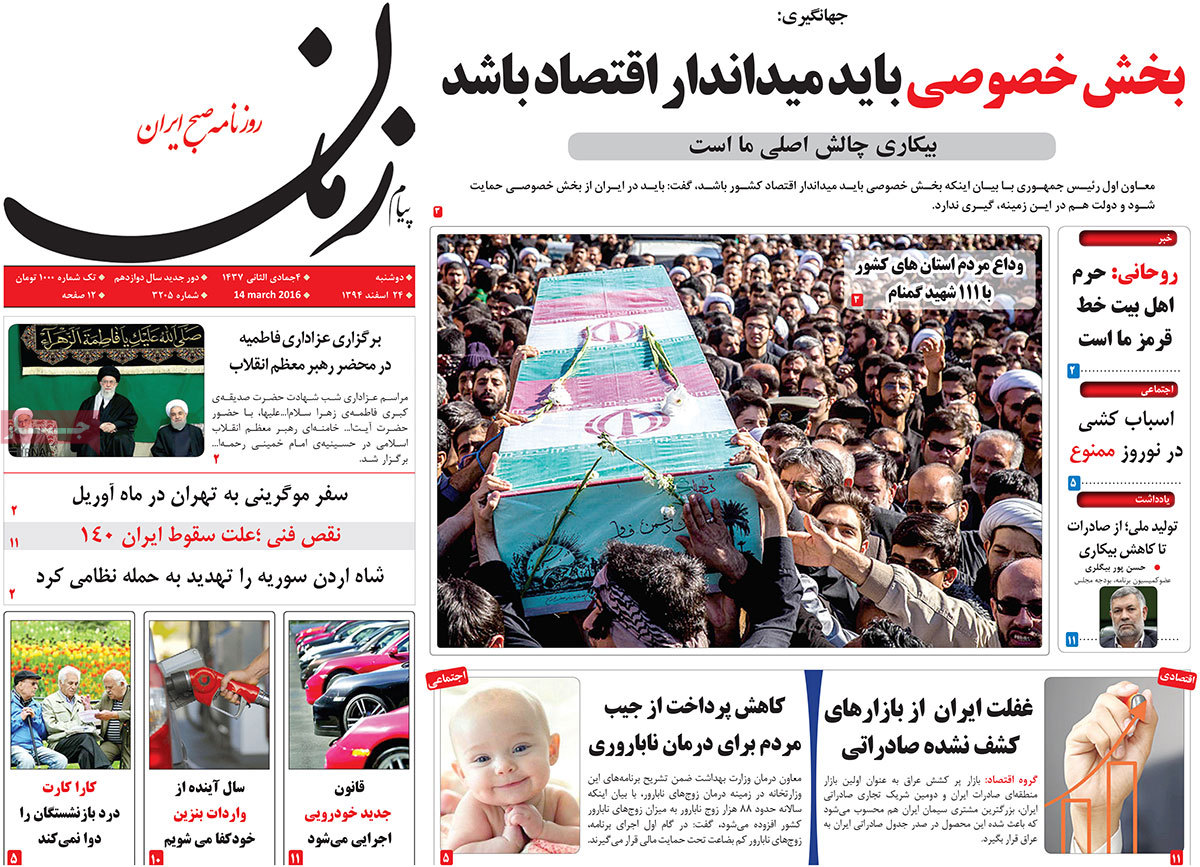 1. Preparations for next presidential election by August 2016: Interior minister

2. Cleric calls for observing the law of “enjoining good and forbidding wrong” 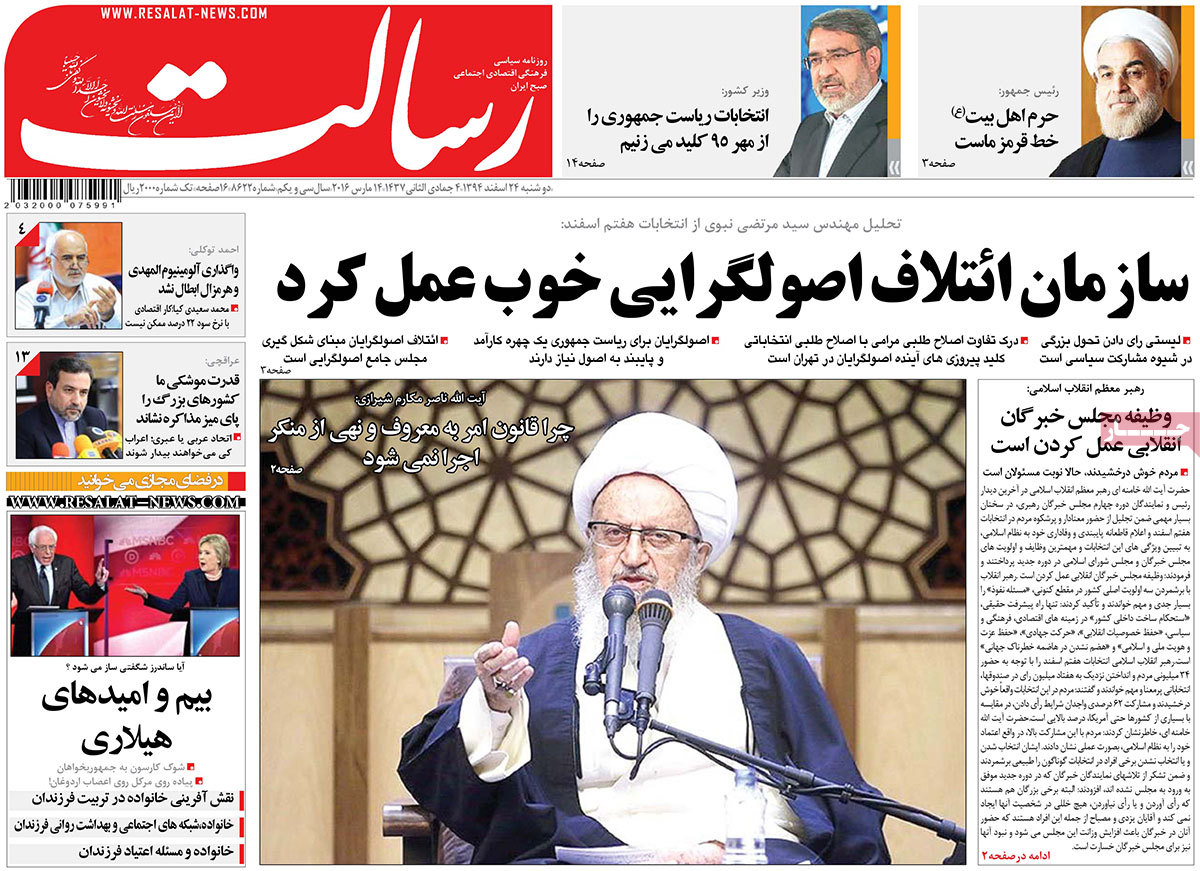 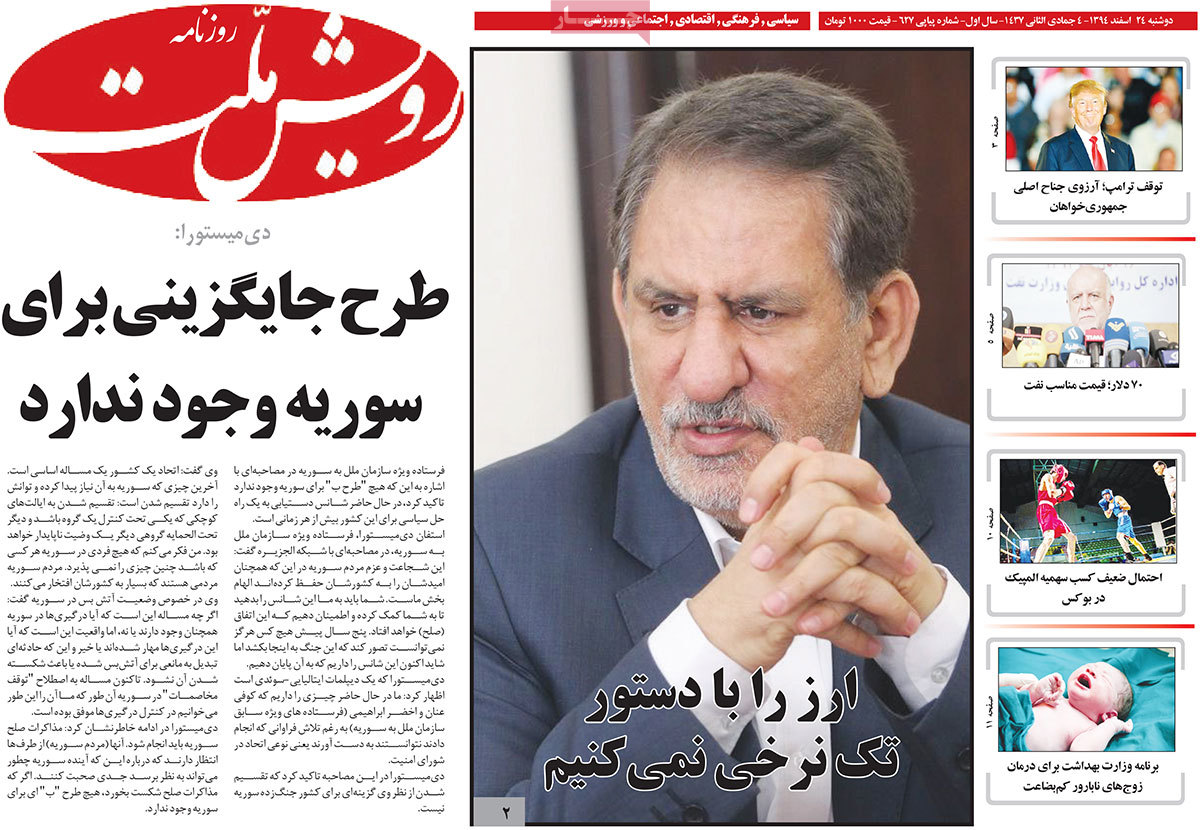 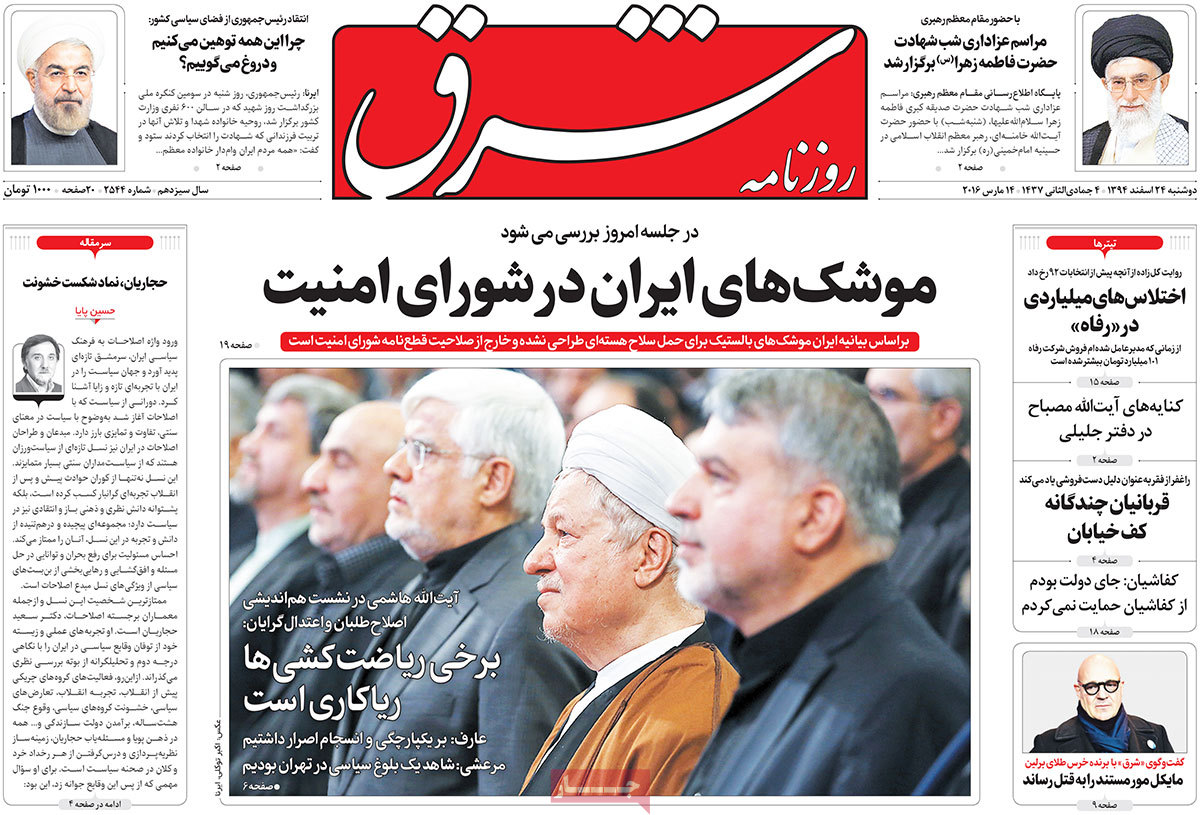 1. Ban on wheat imports to be lifted next year

2. Enemy plots will not be carried out in the region: Velayati

3. New housing loans to pay for half of house price 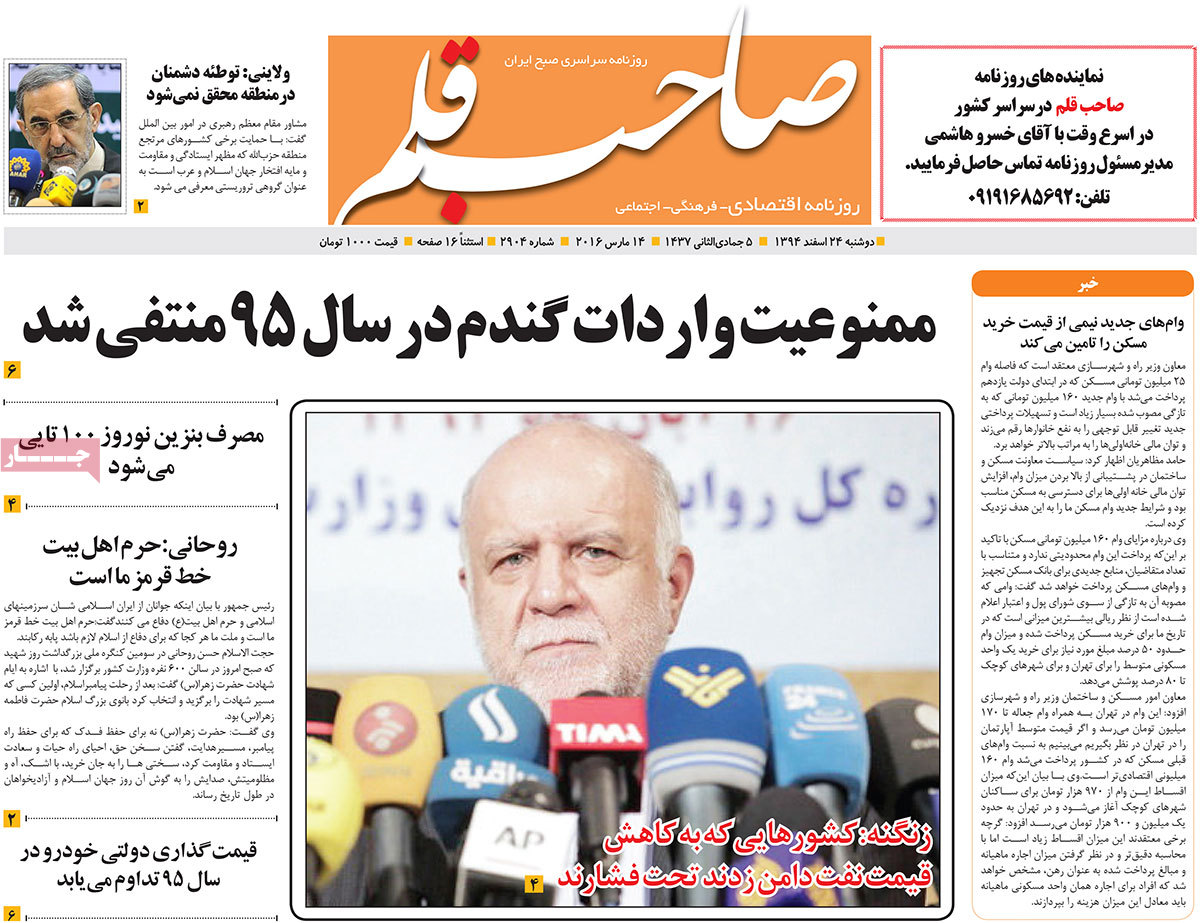 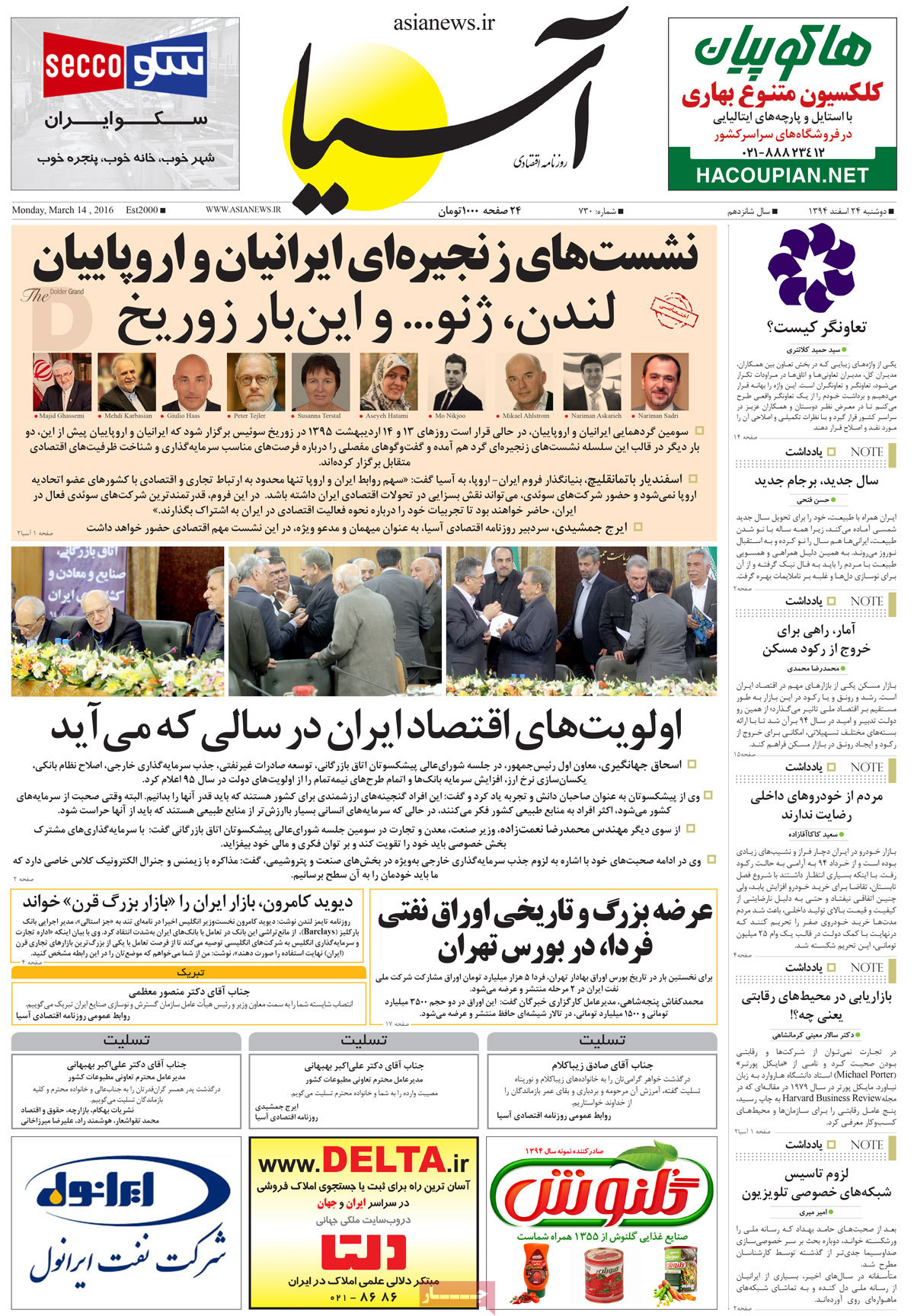