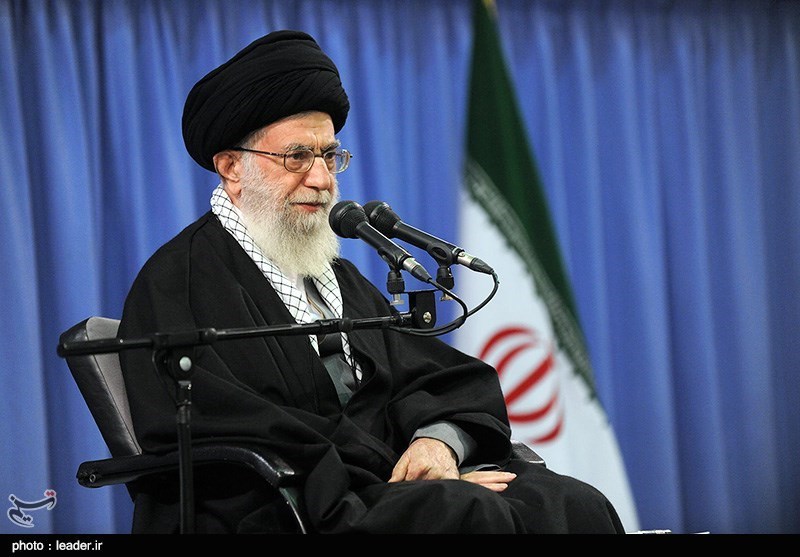 He made the remarks in a meeting with members of Association of Religious Students and Scholars of Qom Seminary.

The Supreme Leader recalled the role of religious leaders and scholars played in culmination of the Islamic Revolution in 1979, saying that Qom Seminary had a determining role in formation of Islamic Republic.

The Leader said that the theological centers should preserve their revolutionary spirit as precondition to preservation of revolutionary and Islamic nature of Iran’s political system.

The Leader noted that if the seminaries give up their revolutionary spirit, the governing system could deviate from its revolutionary nature.
Underling the necessity of vigilance towards arrogant powers and US anti-Iranian plots, he said Iran’s resistance to the global oppressive system is the reason behind dominant powers’ opposition to Iran.

If you give up resistance to demands of the dominant powers, they will not oppose you, Ayatollah Khamenei added.

The Leader urged the religious students and scholars to strengthen the Islamic Revolution’s late founder Ayatollah Khomeini’s political ideology which inspired establishment of Islamic Republic of Iran in 1979.