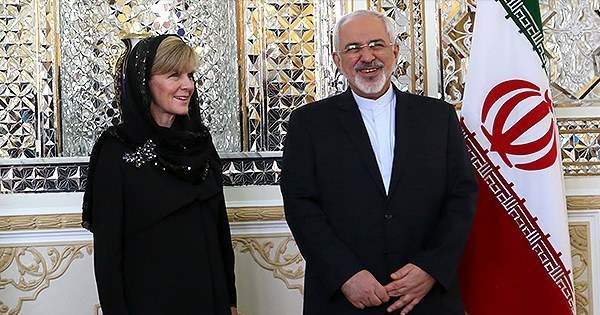 She has made the remark during a reception held for her Iranian counterpart Mohammad Javad Zarif who arrived in the Australian capital on Monday.

The Australian media as well as press across Asia have given wide coverage to Zarif’s visit to Australia.

They described the visit as an important development for the region.

Zarif started his Southeast Asia and Oceania tour on March 5.

His first destination was Indonesia.

He later travelled to Singapore and Brunei and held talks with a number of top officials of those countries, reviewing bilateral ties.

Then he flew to New Zealand and held talks with top officials there on bilateral issues.
Australia is the last leg of Zarif’s tour.