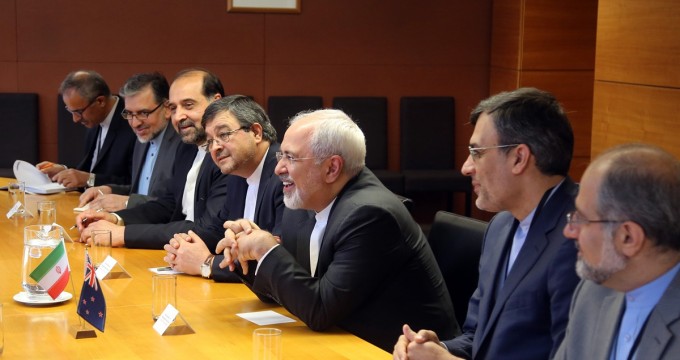 Zarif made the remarks in meeting in New Zealand Middle East Business Council in Wellington.

He also briefed Iran’s economic potentials during the meeting.

The ways for expanding all-out mutual cooperation also were discussed during the meeting.

Zarif arrived in New Zealand capital, Wellington early Saturday as the fifth leg of his Asia-Pacific tour. He wrapped up his official two-day trip to Thailand and set off for New Zealand Friday evening.