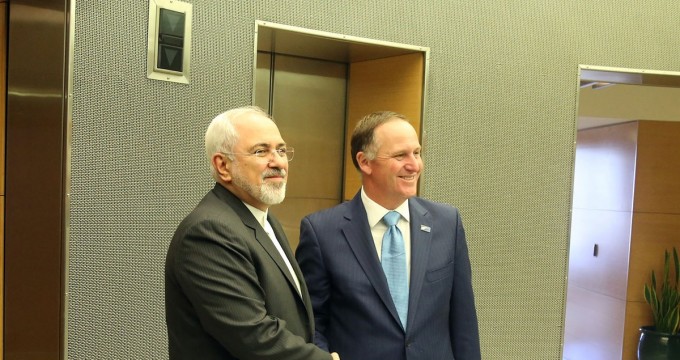 During the meeting, the two sides called for expansion of all-out ties during the post-sanctions era and discussed the ways of boosting mutual cooperation.

Zarif also expounded on the latest developments in Syria, Iraq and other regional issues, emphasizing the need for expanding economic cooperation with New Zealand.

Hailing removal of sanctions against Iran, Key, for his part said he would issue necessary orders for eliminating the obstacles on the way of fostering trade and economic relations with the Islamic Republic.

Zarif arrived in New Zealand capital, Wellington early Saturday as the fifth leg of his Asia-Pacific tour. He wrapped up his official two-day trip to Thailand and set off for New Zealand Friday evening.