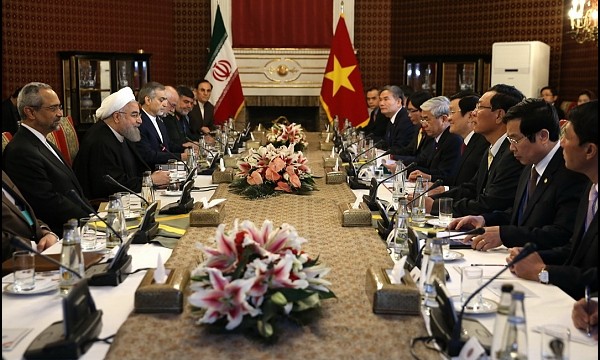 Iran’s President Hassan Rouhani says Tehran and Hanoi have decided to boost the volume of their trade exchange to $2bn in five years time.

Foreign Minister Mohammad Javad Zarif stated that Iran’s missile tests is in no way a breach of its nuclear deal.

Iran’s Foreign Ministry criticized White House on a recent US court decision that has ordered Iran to pay over $10 billion in damages to families of victims who died on 9,11 even though there is no evidence of Tehran’s connection to the terrorist attack.

High Representative of the European Union Federica Mogherini will pay official visit to Iran on April 16, according to an official statement.

Cooperation between Russia and Iran on the Syrian settlement has brought relations between the two countries to a new level, Russian president’s press secretary Dmitry Peskov said on Monday.

UN Resolution 2231 has nothing to do with Iran defense power

Foreign Ministry Director General for Political and International Affairs Hamid Baeedinejad said on Sunday that there is no contradiction between Iranian defense power and the UNSC resolution 2231.

Iran says US companies welcome to invest in petroleum sector

U.S. companies are welcome to invest in Iran’s oil and gas industry, the Iranian oil minister said on Sunday.