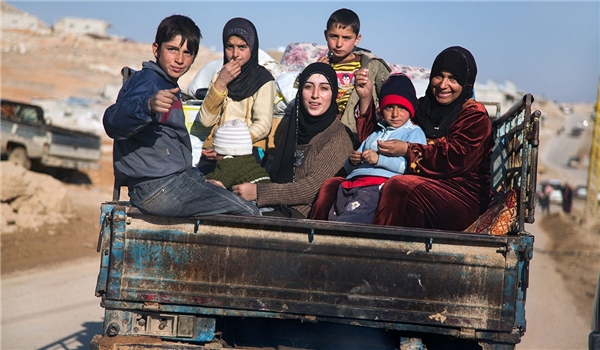 Russia has called on Turkey to stop actions that could torpedo Syria’s peace talks and disrupt the ceasefire in the war-stricken country.

Such actions must stop “to provide a more constructive atmosphere for the intra-Syrian talks and a more durable ceasefire,” said Gatilov.

Gatilov’s remarks come as a new round of talks between Syria’s government and opposition is scheduled for Monday in Geneva, Switzerland, as a partial ceasefire extends into a third week.

The ceasefire agreement in Syria, brokered by Russia and the United States, entered into force on February 27. The Syrian government accepted the terms of the truce on condition that military efforts against Daesh and the al-Nusra Front militants, who are excluded from the ceasefire, continue.

Since February, Turkey has been shelling the positions of fighters of the Kurdish People’s Protection Units (YPG) and its affiliate Democratic Union Party (PYD) in the northern parts of Syria.

Ankara regards the YPG and YPD as allies of the Kurdistan Workers’ Party (PKK), which has been fighting for an autonomous Kurdish region inside Turkey since the 1980s.

The YPG, which controls nearly Syria’s entire northern border with Turkey, has been fighting against the Daesh Takfiri terrorist group.

The government in Ankara is angered by the rapid advance of Syrian Kurdish fighters in areas near the Turkish border.

Gatilov also urged the Syrian government and opposition groups to show “real willingness” to agree on a new constitution for Syria that would build a “future democratic society.”

The new constitution must include “guarantees that ensure an equal participation in the electoral process for all Syrians,” he said, adding that international monitoring will be key to free and fair elections.

UN Special Envoy for Syria Staffan de Mistura said on Friday that presidential and legislative elections in the country, which will be observed by the United Nations, will be held in the next 18 months.

De Mistura said reaching an agreement on a new all-inclusive government would be one of the key points during the upcoming negotiations in Geneva. The other two main issues to be discussed are the adoption of a new constitution and the holding of elections.

Gatilov also dismissed claims by the Syrian opposition that Russian and Syrian forces are violating the ceasefire on a daily basis, saying they are targeting only the Daesh Takfiri terrorists and the al-Qaeda-linked Nusra Front, which are excluded from the truce.

Since late September 2015, Russia has been conducting airstrikes against foreign-backed militants in Syria upon a request by the Damascus government.

Saudi Arabia and Turkey have widely been blamed for the surge in the deadly militancy in Syria as they have been supporting militants with funds, training and weapons.