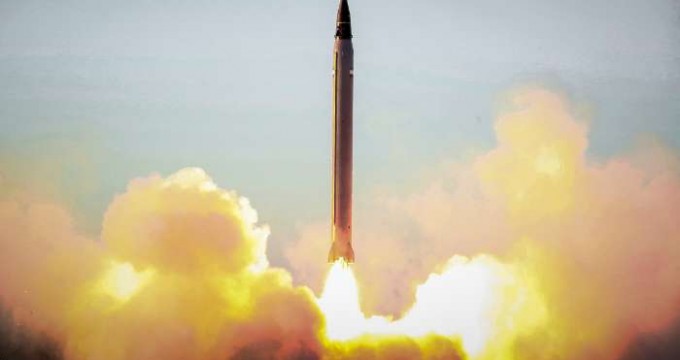 A senior military commander says Iran’s enemies are trying to sabotage its missile defense program, stressing that the program will not stop under any circumstances.

“They want to repeat their nuclear sabotage in the missile area,” head of the Aerospace Division of the Islamic Revolution Guards Corps (IRGC) Brigadier General Amirali Hajizadeh said.

He was apparently referring to recent US sanctions after Iran’s testing of ballistic missiles and possibly the Stuxnet attack that sabotaged Iran’s nuclear program in 2009 and 2010.

“The enemies are after neutering our defense capability through infiltration and sabotage,” the general said, citing sanctions including on many ordinary parts of duel use.

“Of course, we are careful and assured of the Guards and defense industry establishment. However, the enemy might influence political officials through ballyhoo,” Hajizadeh added.

The general said the US has shifted its negative anti-Iran campaign to its missile defense program after the Joint Comprehensive Plan of Action (JCPOA) reached on the nuclear program.

“Before the nuclear issue when we held annual (missile) drills, there was no sign of the ballyhoo which we are seeing today.

“After the JCPOA, most of the focus of the intelligence services, especially by the Americans, has turned to the missile issue,” Hajizadeh said.

“We have never accepted UN Security Council resolutions because these things are our red lines.”

The commander said, “We are always ready to defend the country against any aggressor. Iran will not turn into Yemen, Iraq or Syria.”

The IRGC tested two more ballistic missiles on Wednesday, a day after launching several missiles from silo-based launchers in different locations across Iran.

Hajizadeh said some of the missiles carried 24 warheads and one ton of TNT.

He said Iran had no intention of starting a war, “but the Zionist regime is our enemy and we don’t trust American officials.”

“We have underground tunnels around the country and under mountains, where we store our missiles.These tunnels cannot be destroyed even if targeted by atomic bombs.”

Brigadier General Hossein Salami, the second-in-command of the IRGC, said the missile tests were to display Iran’s defensive and deterrent power and to assess its missile capabilities.

“We have massive stockpiles of ballistic missiles waiting for orders and ready to hit targets at any moment from various points across the country.”

The missile tests are the results of sanctions, which helped Iran develop its indigenous missile program, Salami added.

The senior commander also said Tehran will unleash a “volcano of missiles” at the enemy if attacked.

The Islamic Republic will never stop boosting its missile defense capabilities, nor will it review its program under “political resolutions,” Salami said.

The commander stated that the message of recent missile drills “to friendly neighbors and Muslim countries is the message of support, security, fraternity, and peace.”

“We will use all our defense capabilities to defend not only Iran’s security but also Muslim countries,” Salami added.