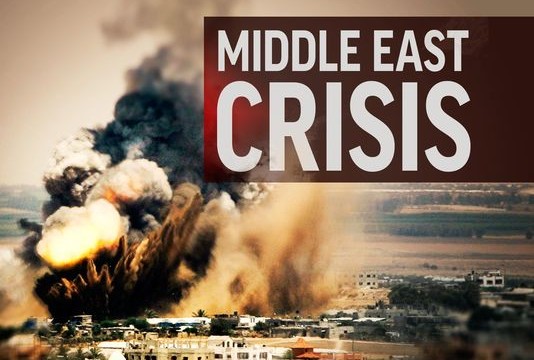 Tehran, March 9, The Iran Project – With coming of spring and then summer which moderates the temperature in the northern hemisphere, the military movements would be erupted.

Choosing the military solution is like crossing the deepest part of the stream, nevertheless this has been seen as a means that some interested groups and states have primarily resorted to.

A look at the history of conflicts in the region during past decades reveals spring and summer as times when majority of military operations and adventures by Israel and US have been came. This leads us to the question as to where the new spots of the military disputes in coming season would be.

Syria
Backed by the aerial and logistic support of Russia, Iran and Hezbollah, Syrian government has made numerous eye-catching advances which brought major victories for President Bashar Assad.

Meanwhile a truce plan went into effect from February 27th following the deal between the US and Russia. Although it requires both countries’ involving allies to comply with the deal, there is evidence demonstrating that the current cessation is indeed the calm before the storm as the plan has left a loophole by exclusion of the terrorist groups such as ISIS and al-Qaeda’s Nusra Front.

The Syrian rebels nurtured by Turkey, Qatar, Saudi Arabia and US suspended the Geneva III peace talks for the unpleasant condition of war due to the Russia involvement which changed the game in favor of pro-government front.

Syria may witness the escalation of counterattacks by the anti-government forces to regain the control of the lost regions, given their suffering setback as the result of Syrian army advances.

While truce is underway, there have been reports of the violation through supply of weapons to the rebel groups by convoys entering from the neighboring Turkey.

As Russian Foreign Minister Sergei Lavrov has warned, the arms have been transferred into Syria across the Turkish border under the cover of the humanitarian aid deliveries.

Yemen
As Saudi Arabia signals no intention to surrender to Yemenis’ willing and Houthis and Yemen’s army aren’t seemingly wish to pull out of the hostilities, it sounds difficult to discuss about the future of Yemen’s dispute.

Yet, the reports signaling the UAE likely decision to withdraw forces from Saudi-led coalition may shift the equation as Saudi Arabia will lose an essential ally force in Yemen.

Another game changer in Yemen ground might be the EU initiative and vote in support of an arms embargo against Riyadh amid reports of high civilian casualties. There are factors, however, which cast doubt on the imposition of such restrictions in practice.

The powerful lobbies of the arm dealer in Europe and the objections by Hungary and Poland, as the major shareholder in Europe weapon’s market, and ultimately the US strong alliance with Saudi government are among them.

As it seems, future of war in Yemen will be defined by forces beyond the ground of battle and this will add to the uncertainty of this conflict. The coming of fighting season won’t make any difference in the current state of war, notably considering the geographical location of the country.

The plot to disintegrate Iraq is an American, Israeli and Arab scheme reflected implicitly in their frequent official positions. Iran, Russia and probably Jordan, however, object the plan as it definitely complicates the regional equations.

With Iraqi government vow for more strikes on ISIS , the delivery of more ammunition to Iraqi government in coming months and the massive mobilization and support of popular forces, Takfiri terroristS should expect tougher days in months to come.

Past experiences have also proven how much Israel is fond of waging war during summer time. But as the previous summers witnessed no serious confrontation and Hezbollah has raised its preparation for potential encountering, Lebanon might expect calm spring and summer.