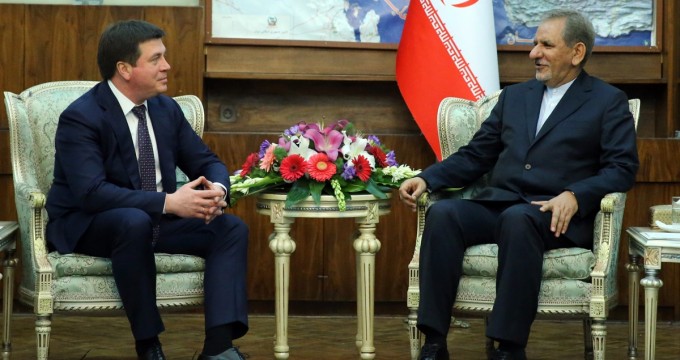 Jahangiri made the remarks in a meeting with visiting Ukrainian Deputy Prime Minister Genadi Zobkov.
He said that the Islamic Republic of Iran is willing to develop economic cooperation with all world countries.

He said that the Islamic Republic of Iran government is interested in economic cooperation between private sectors of the two countries.
He said that Iran and Ukraine by using each other experiences in different industrial fields would complement each other.
Jahangiri welcomed development of cooperation on energy, agriculture and industry.

Genadi Zobkov announced drawing up a roadmap to develop mutual ties in joint economic commission.
He called for forming a committee on joint venture investment to help refurbish both countries infrastructure.
He said that Ukraine is interested in cooperation on cultural heritage and tourism with Iran and that cultural relations would prepare the ground for politico-economic cooperation.