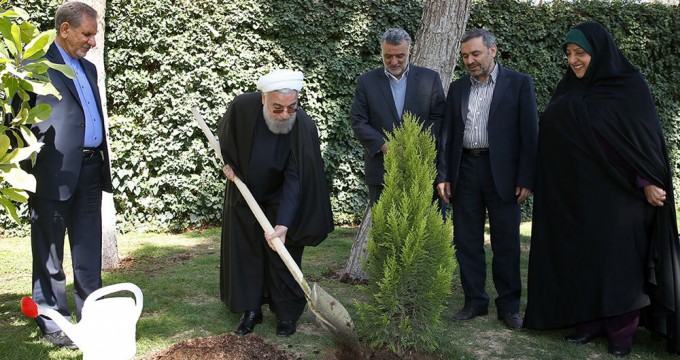 TEHRAN (Tasnim) – Iranian President Hassan Rouhani called for decisive action against those causing harm to the country’s natural resources, describing protection of the environment as a national duty.

After a cabinet session on Wednesday, President Rouhani planted a sapling as a symbolic gesture of respect for the Mother Nature, during the national week of Natural Resources.

Pointing to the deplorable statistics on destruction of the natural environment in Iran, the president highlighted the responsibility that all organizations and people should take for conservation of the environment.

He further stressed the need for decisive action against individuals seeking to illegally seize lands and cutting down the forests.

After planting a sapling in Tehran, Ayatollah Khamenei described plants and trees as “blessings to human life”.