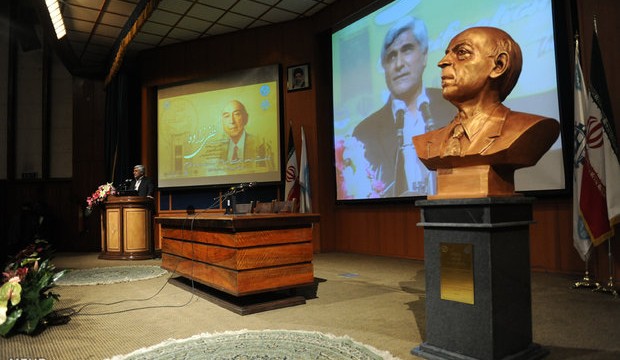 Tehran, March 9, The Iran Project – During a ceremony to honor Lotfi Aliasker Zadeh, the Iranian emeritus professor of computer science and the founder of the fuzzy mathematics in the world, a member of Iran’s parliament announced that Iran ranks third in production of science in fuzzy systems worldwide.

On Tuesday, the University of Tehran hosted a ceremony to award honorary doctorate to Professor. Lotfi A. Zadeh, the Iranian scientist and founder of fuzzy theory in the world.

In this ceremony which was attended by Mohammad Farhadi, Iran’s Minister of Science, Mohammad Mehdi Zahedi, the Head of the Education and Research Commission of Iranian Parliament and Mahmoud Nili, the University of Tehran’s President, the world-renowned Iranian scientist, Lotfi A. Zadeh was honored for several decades of scientific activities and research.

He highlighted the current figures, stating that China and India respectively ranked first and second which are followed by Iran.

Referring to the high position of professor Lotfi Zadeh as a proper role model for Iranian youth, he added that fuzzy logic is not only applied in engineering, but also is applicable to humanities, management and economy.

Elsewhere in this ceremony, the protome of Dr. Lotfi Zadeh was unveiled by Iran’s minister of Science.

The University of Tehran is among the 25 universities worldwide which have honored this Iranian leading professor for his career and achievements in invention of fuzzy logic that has renovated the computer science and the systems theory. He is currently a Professor at the Graduate School of Computer Science at the University of California, Berkeley.

As the fellow of several high rank scientific centers in the world, he has won tens of honors and awards during his life for foundation of fuzzy related concepts.