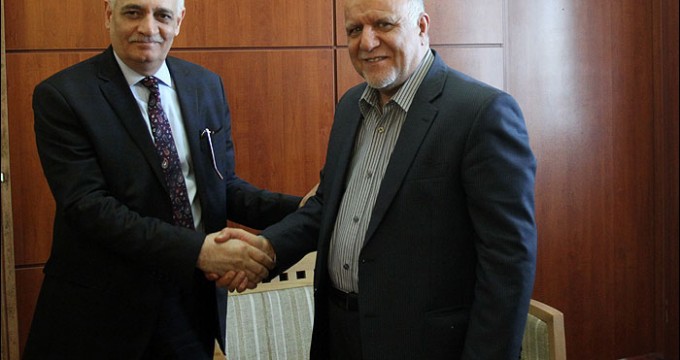 TEHRAN, March 8 (Shana) – Minister of Petroleum Bijan Zangeneh expressed hope that Iran and Iraq will be able to reach agreements on joint projects during the on-going visit by a delegation from the Iraqi Oil Ministry.

He made the remarks during a meeting with visiting Deputy Minister for Gas Refineries at the Ministry of Oil Fayaz Hassan here on Tuesday during which expansion of bilateral relations were discussed.

“It is for a long time that Iran and Iraq are negotiating over a number of joint projects which will serve the interests of both countries and their peoples,” Zangeneh said.

“We hope that there would be progress on some of the joint projects,” he added.

The Iraqi official also hoped that bilateral negotiations will result in satisfactory results.