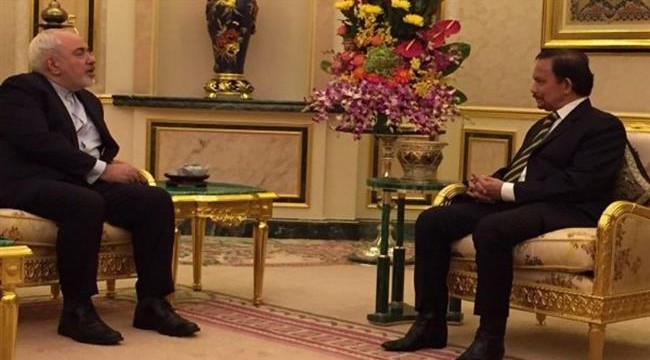 Iran’s Foreign Minister Mohammad Javad Zarif has underlined the need for unity among Muslims to counter terrorism and extremism.

In a meeting with Sultan of Brunei Hassanal Bolkiah in Bandar Seri Begawan on Wednesday, Zarif said challenges facing the Islamic world are the result of terrorism and extremism, urging Muslims to strengthen unity to counter the scourges.

The Iranian foreign minister further called for the expansion of cooperation between Tehran and Bandar Seri Begawan in various areas.

Bolkiah, for his part, stressed unity among Muslims in the face of existing challenges and welcomed promotion of bilateral ties with the Islamic Republic in different sectors, including petrochemical industry, science and technology.

The Iranian minister arrived in Brunei on Wednesday on the third leg of his visit to six Southeastern Asian and Pacific countries.

The Iranian foreign minister on Monday wrapped up his trip to Indonesia as the first leg of his tour where he delivered a speech at an extraordinary meeting of the Organization of Islamic Cooperation (OIC) and held talks with the country’s officials.