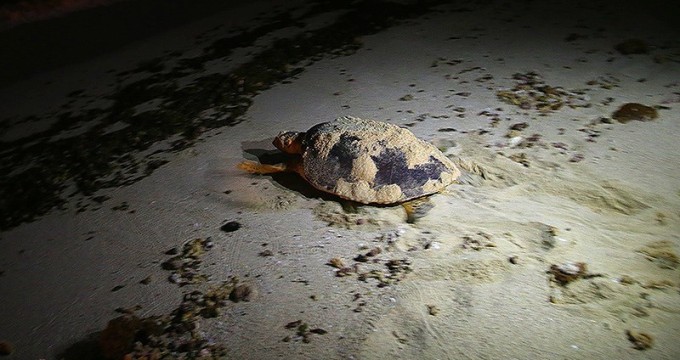 Unsustainable coastal tourism has made laying eggs a challenge for turtles, according to the director of the Hormozgan Department of Environment, Majid Vafadar.

The rubbish left behind by tourists on Persian Gulf islands has caused problems for the turtles ready to lay eggs,” the official told ILNA.

Iran’s southern islands are considered potential holiday destinations, prompting tourism officials to begin developing infrastructure. To ensure no harm comes to the environment as a result of tourists’ influx, the provincial DOE office has held talks with the Iran Cultural Heritage, Handicrafts and Tourism Organization.

The islands of Kish and Qeshm receive more tourists than all other islands combined, thanks to the presence international airports and quality hotels. Consequently, the threat to the marine environment around those two islands is greater.

The high season for the Persian Gulf islands is winter, but that is when turtles come ashore to lay eggs, “which is a very delicate process, easily interrupted by tourists,” Vafadar said.

Referring to a new hotel on Kish Island, which opened last month to become Iran’s first marine hotel, the official said these projects require extensive feasibility studies, noting that the DOE never approved the project “because we didn’t get to evaluate its construction.”

Vafadar said the presence of a coral ecosystem in the vicinity of the hotel made its construction ill-advised, adding that corals are extremely sensitive and the smallest change in their environment, especially pollution and heat, can drastically affect them.

“Similar projects take place all around the world because they help develop tourism, but at the same time they also comply with environmental laws.

“The owners claim their hotel does not pose a threat to the environment, but we can’t know for sure until our experts assess the place,” he said.

This is the first time an environment official has accused the newly-built hotel of failing to obtain a permit from the DOE. To build a hotel, investors are required to obtain numerous permits from various entities, such as the Ministry of Roads and Transportation, the Iran Cultural Heritage, Handicrafts and Organization, and the municipality, among others. In fact, many have called on the government to reduce the red tape involved in acquiring permits to encourage investment.