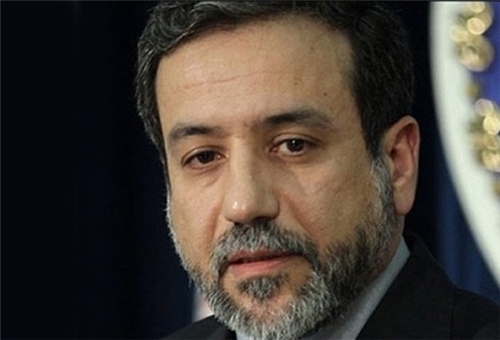 Iran exports 32 tons of heavy water to US

Iran on Tuesday announced that it had exported 32 tons of heavy water to the United States in what could be a landmark progress in the commercialization of the country’s nuclear energy program.

“We have entered the international market of nuclear materials. We have purchased 140 tons of yellow cake from Russia as well as 60 more tons from Kazakhstan,” Abbas Araqchi, Iran’s deputy foreign minister, told a forum at the country’s Foreign Ministry.

“We have also sold about 10 tons of 3.5 percent enriched uranium to Russia. In fact, we have entered the international market of nuclear materials as an exporter.”

Araqchi did not specify when and how the export had been made, but he said it occurred after the implementation of a historic nuclear deal between Iran and the P5+1 – the five permanent members of the Security Council plus Germany – in mid-January.

Iran’s Atomic Energy Organization (IAEO) earlier in January announced that Iran plans to sell as much as 40 tons of its excess heavy water supplies to the US, adding that the landmark move will be made through a third party.

“Six tons of the exported heavy water will be used in nuclear facilities and the rest in American research centers,” Ali Asghar Zarean, a deputy head of the IAEO, had been quoted by the media as saying.

Iran’s President Hassan Rouhani said last August that Iran will begin to commercialize its nuclear technology after the implementation of the Joint Comprehensive Plan of Action (JCPOA).

“We will import yellow cake from abroad and we will export enriched UF6,” President Rouhani told reporters.

Iran and the P5+1 group of countries – the five permanent members of the Security Council plus Germany – agreed over the JCPOA last July. Based on it, Iran will restrict certain aspects of its nuclear energy activities in return for the removal of certain economic sanctions imposed against the country.

The JCPOA also allows Iran to sell its enriched uranium material – called UF6 – and to buy natural uranium or “yellow cake” in return.