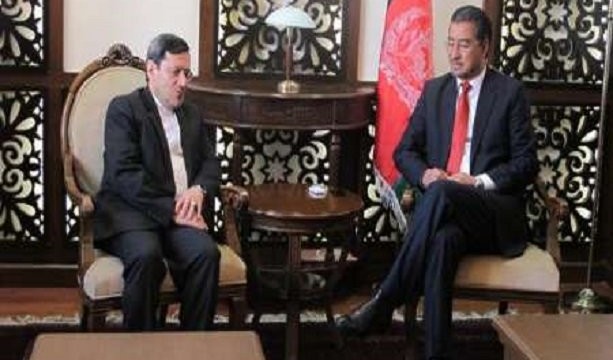 KABUL, Mar. 08 (MNA) – In a Tue. meeting between Iranian deputy FM Ghashghavi and Afghan Speaker of the Lower House of the Parliament Abdul Rauf Ibrahimi, the two sides stressed further parliamentary cooperation between the two countries.

Deputy Foreign Minister for Consular Affairs Hassan Ghashghavi held talks with Abdul-Rauf-Ibrahimi, the speaker of the Lower House of the Parliament, Wolesi Jirga, in Kabul on Tuesday. During the meeting, he deemed Tehran-Kabul relations ‘long-standing’ and expressed hope for further expansion of bilateral ties in all areas.

The Afghan official, for his part, expressed satisfaction with the visit of Iranian diplomat to Kabul, saying Afghanistan fully welcomes expansion of parliamentary cooperation between the two countries.

The meeting will be held Tuesday afternoon with the participation of Ghashghavi, his Afghan counterpart and a number of other officials, in a bid to exchange views on certain consular issues between the two sides.