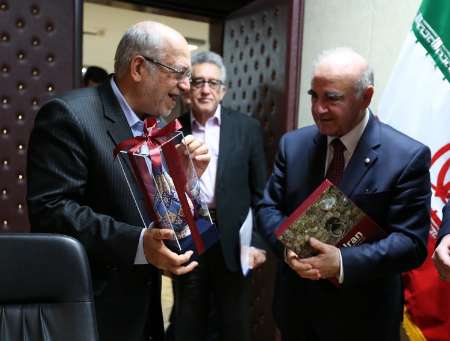 Tehran, March 6, IRNA – Industry, Mining and Trade Minister announced that the conditions are ripe for the expansion trade and economic ties with Malt.

‘Despite good political relations between Iran and Malt during the era which the western sanctions were imposed against Iran, the two countries do not have satisfactory economic relations and they should try to improve it,’ Mohammad Reza Nematzadeh said in a meeting with Maltese Foreign Minister George W. Vella in Tehran on Sunday.

‘We can also have mutual cooperation in areas such as banking, tourism, nanotechnology, biotechnology and microelectronics,’ he added.

This is the first visit to Iran by a Maltese foreign affairs minister since the establishment of diplomatic relations between the two countries in 1972.

The visit is taking place at a very important juncture following elections to the Iranian Parliament and Assembly of Experts last week, which strengthened the country’s moderate and reformist leadership.

It is also taking place in the wake of successful negotiations concluded in July 2015 that resulted in the lifting of sanctions imposed on Iran.