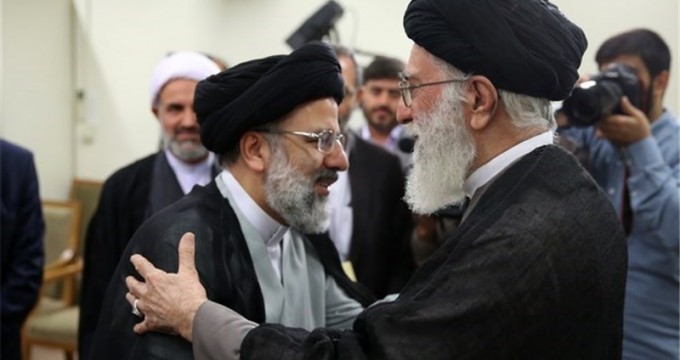 The deceased had been in charge of the trusteeship for some 37 years. Ayatollah Vaez Tabasi had been assigned the job by late founder of the Islamic Republic Imam Khomeini in 1979.

Astan Quds Razavi is a charitable foundation in the northeastern city of Mashhad that administers the holy shrine of Imam Reza (AS) and the endowments bestowed on the trusteeship.

In the decree on Monday, Ayatollah Khamenei called on Hojatoleslam Raeesi to spare no effort to provide the best services to the pilgrims visiting Imam Reza’s shrine and offer handouts to the needy.

The Leader also highlighted the enormous “cultural capacities” of Astan Quds Razavi and its influence on the country and even the Islamic world, urging cooperation with the cultural elites to tap into those capacities.

Ayatollah Khamenei also stressed the need for protecting the premises and structures at the Astan Quds Razavi that involve a “matchless treasure” of Islamic architecture.

The Leader also highlighted the necessity for continuous efforts to organize the business institutions belonging to the Astan Quds and making the most out of its endowments, particularly for welfare programs to help the needy at part of the country where the endowments are located.