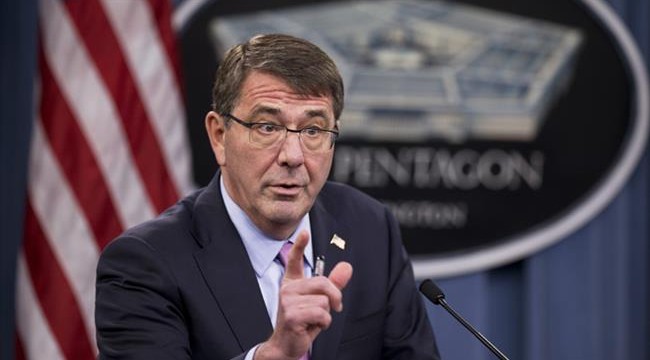 US National Guard may join cyber offense against Daesh: Carter

US Defense Secretary Ashton Carter says the National Guard’s cyber unit may join the fight against the Daesh Takfiri terrorist group in Iraq and Syria.

“Units like this can also participate in offensive cyber operations of the kind that I have stressed we are conducting, and actually accelerating, in Iraq and Syria, to secure the prompt defeat of ISIL, which we need to do and will do,” Carter said at the Joint Base Lewis-McChord in Tacoma, Washington late on Friday. “We’re looking for ways to accelerate that, and cyber is one of them.”

He noted that the squadron was not currently engaging in offensive cyber missions but could be in the future.

According to Lieutenant Colonel Kenneth Borchers, deputy commander of the cyber unit, the squadron is the only National Guard group that currently assesses industrial control systems, but it is now looking to train others. It is also studying the security of big weapons programs, such as the B-52 bomber.

“Using National Guard units for such work made sense because it allowed the military to benefit from private sector cyber experts,” Carter said.

“It brings in the high-tech sector in a very direct way to the mission of protecting the country,” he added. “And we’re absolutely going to do more of it.”

In a separate report published on Friday, the US military announced it could begin using its massive B-52 long-range strategic bombers against the Takfiri group in April.

Each aircraft is capable of carrying up to 70,000 pounds of payload, the officials said.

The bomber first took to the skies in 1954 and the last time the US military put it into action was in its war in Afghanistan. Citing other officials, the report said the bombers would remain in active service until at least 2040.

The terrorist group is notorious for its barbarity, heinous atrocities and sacrilegious acts. The Takfiri militants have been accused of committing gross human rights violations and war crimes in areas they control, particularly in Syria, and Iraq.

Since late September 2014, the US along with some of its allies has been conducting airstrikes purportedly against Daesh extremists inside Syria without any authorization from Damascus or the United Nations.

The air raids in Syria are an extension of the US-led aerial campaign against alleged Daesh positions in Iraq, which started in August last year. Many have criticized the ineffectiveness of the raids.

Since March 2011, the United States and its regional allies, in particular Saudi Arabia, Qatar and Turkey, have been conducting a proxy war against Syria. The years-long conflict has left somewhere between 270,000 to 470,000 Syrians dead and half of the country’s population displaced.