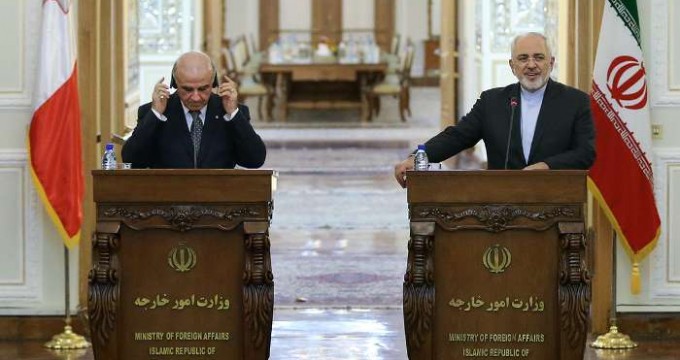 “Some countries in our region, particularly the Saudi government have pursued wrong policies, seeking to create tensions and insecurity in the entire region,” Zarif said in a joint press conference with Malta’s Foreign Minister George Vella in Tehran on Saturday.

He added that such policies will only please the Israeli regime while arise hatred of all freedom-seeking countries in the Arab world.

The Iranian minister slammed the recent move by the [Persian] Gulf Cooperation Council to designate Lebanon’s resistance movement, Hezbollah, as a terrorist organization.

“Hezbollah is the only organization that has defended Lebanon’s territorial integrity against the Zionist regime’s aggression,” Zarif said.

He emphasized that the six-nation bloc’s move demonstrates the negative role of its members in the region and the international community.

On Wednesday, the [P] GCC issued a statement labeling Hezbollah a terrorist organization. The bloc, comprising Saudi Arabia, Qatar, the United Arab Emirates, Oman, Bahrain and Kuwait, however, did not provide any evidence for its allegations.

The Iranian minister once again reiterated the need for negotiations and cooperation among neighbors and said, “We have repeatedly called on the neighboring countries to turn to dialog, positive interaction, good neighborliness and avoidance of measures that can only fuel violence and tension in the region.”

The decision by the [P]GCC to blacklist Hezbollah has met opposition and criticism.

Algeria refused to classify the movement as a terrorist organization. Palestinian resistance movement, Islamic Jihad, also praised Hezbollah as a resistance movement which has a history in the struggle against the Zionist entity as well as in supporting the Palestinian cause. Iran, Syria and Yemen’s Houthi Ansarullah movement have also slammed the move by the [P]GCC.

The Iranian minister pointed to Iran-Malta relations and commended the first ever visit by a Maltese foreign minister to Tehran.

Zarif added that Tehran and Valletta have maintained close diplomatic relations over the past 44 years and called on the two sides to make use of their potentialities to expand ties.

He further warned that the European Union, including Malta, is also threatened by extremism and terrorism, saying the scourges are to blame for the influx of refugees to Europe.

The Iranian and Maltese foreign ministers on Saturday signed two memoranda of understanding to increase diplomatic ties between the two countries’ foreign ministries and bilateral cancellation of visa requirements for diplomatic and service passports.