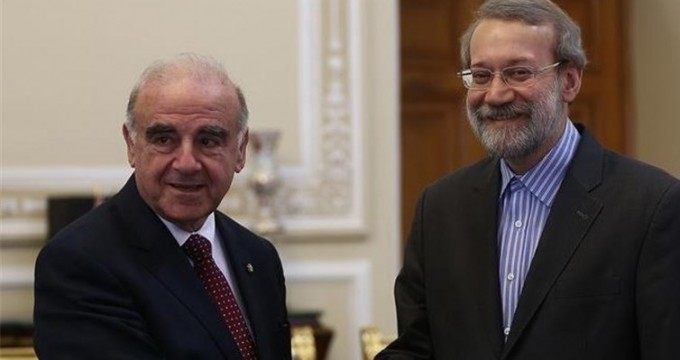 Malta believes that Iran has developed correct analyses of issues in the region and beyond and that’s why it can offer the European Union a great help in resolving conflicts and establishing security in different countries, Vella said Sunday in a meeting with Iranian Parliament Speaker Ali Larijani in Tehran.

Malta will assume the rotating presidency of the EU from January 2017, Vella noted, adding that his country is determined to become acquainted with other countries’ culture and views in order to launch closer cooperation with them.

The visiting Maltese diplomat also hailed Iran for honoring its commitments under a nuclear deal with world powers, saying this has encouraged many countries to seek revival of ties with Iran.

For his part, Larijani touched on the strategic location of Malta in Europe, saying the island country can be the corridor of interaction between Iran and Europe.

The speaker also referred to the Joint Comprehensive Plan of Action (JCPOA), the lasting nuclear deal between Tehran and the Group 5+1 (Russia, China, the US, Britain, France and Germany), as a good example of negotiated solution to conflicts, stressing that other tensions in the region should be dealt with through dialogue as well.

Vella’s trip to Iran comes against the backdrop of a new wave of interest in ties with Iran after coming into force of the JCPOA on January 16.

The comprehensive nuclear deal has terminated all nuclear-related sanctions against Iran.