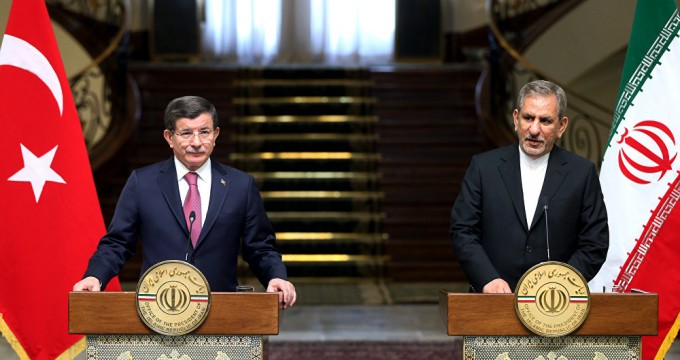 Turkish Premier Ahmet Davutoglu said the trade between Iran and Turkey must go beyond oil and gas trade and the two countries must cooperate in oil and gas projects in a push to open up a new chapter in their relations.

Russia’s Deputy Foreign Minister Mikhail Bogdanov plans to pay a visit to Tehran to hold talks with senior Iranian officials on mutual issues and the latest regional developments, particularly the crisis in Syria.

Iranian Foreign Minister Mohammad Javad Zarif and his Maltese counterpart George Vella announced the two countries have inked a couple of Memoranda of Understanding (MoUs) during a meeting held on Saturday.

Iranian Foreign Minister Mohammad Javad Zarif on Sunday held talks with his Turkish and Tajik counterparts in the Indonesian capital of Jakarta on various issues, including ways to boost relations between the Islamic Republic and the two countries.

Foreign Minister Mohammad Javad Zarif greeted his Saudi counterpart Adel al-Jubeir on Sunday on the sidelines of meeting of the Organization of Islamic Cooperation (OIC) in Jakarta.