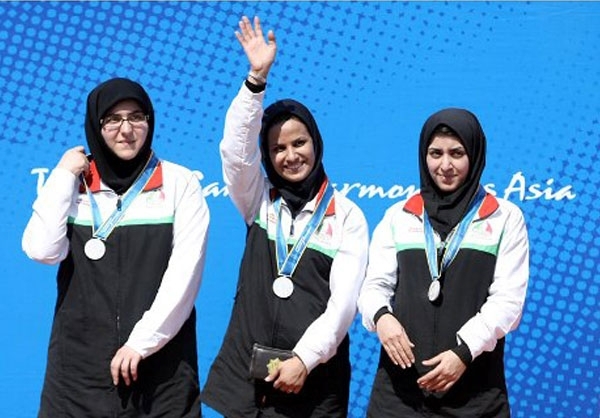 According to the latest monthly rankings released by the ISSF, the governing body of the Olympic Shooting events in Rifle, Pistol and Shotgun disciplines, and of several non-Olympic Shooting sport tournaments, the 33-year-old Iranian sportswoman gained 1,176 points to be named the world’s champion.

She finished atop of the podium after a neck-and-neck competition against India’s Apurvi Chandela, who finished with 206.9 points.

The Iranian sportswoman notched up 207.8 points in the P2 (women’s 10m air pistol) contests of the ISSF World Cup 2015 Rifle / Pistol / Shotgun tournament at the Gabala Shooting Club in the northern Azerbaijani city of Gabala on August 10 to top the podium, and earn a spot in the 2016 Summer Olympics.