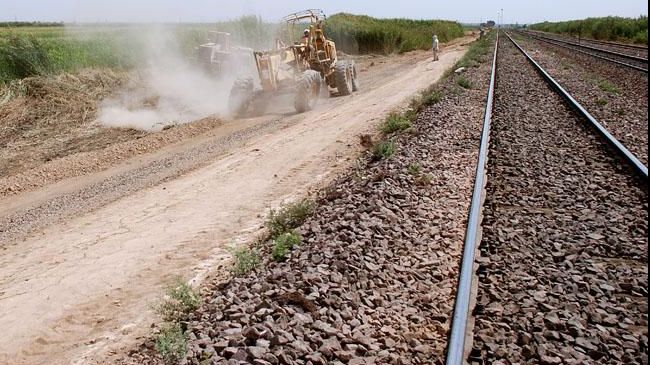 A train with 47 containers loaded with $1.46 million in Chinese-made bicycle parts and light industrial products that departed from Harbin, capital of northeast China’s Heilongjiang Province, is due to arrive in Russia’s fourth-largest city, Ekaterinburg, on Sunday.

The 5,889 kilometer (3,659 mile) journey will take 10 days, according to the Harbin Commerce Bureau. The route is meant to be an alternative to the sea route, which would see such cargoes shipped via Dalian Port and would take around 40 days.

The launch of the route follows the launch of a cargo train link between Harbin and Hamburg in Germany in June of 2015 that has so far delivered 1,300 containers carrying around $90 million in goods.

The first freight train from China to Iran departed from Yiwu in east China’s Zhejiang province and arrived in Tehran in the middle of February. The 10,339-kilometer journey saw the train pass through Kazakhstan and Turkmenistan.

“Compared to the sea voyage of the cargo ships from China’s Shanghai to Iran’s Bandar Abbas port, the travel time of the train was 30 days shorter,” said Mohsen Pour-Aqaei, managing director of Iranian Railways, adding that initially one such train would travel from China to Iran on a monthly basis.

Volumes of containerized cargo travelling between China and Europe have been on the rise in recent years as operators increase frequencies and state organizations along the route lend their weight to the development of new services.

Two-way services from Asia’s largest railway hub in the city of Chengdu in southwest China’s Sichuan province to Lodz in Poland increased from twice weekly to five times per week beginning January.

The Chengdu-Europe Express Railway Service, which started in April 2013, carries information technology products, automobile parts and clothes from China to Europe, and food and beverages in the other direction.

German-owned DHL offers temperature controlled container services on the route. In order to be shipped by sea, goods from Chengdu first need to travel a thousand miles in the wrong direction to the port of Shanghai.

TEL operates one of the largest and most famous landbridge services between China and Europe. The Yuxinou service is a 700 yard-long container train that travels between Chongqing in southwestern China and the German port city of Duisburg three times per week and five times during peak season. Last year Yuxinou carried $8 billion worth of goods in more than 4,000 containers.

The journey takes between 14 and 16 days to travel 10,943 kilometers, making it twice as fast as sea freight and half as expensive as air freight. Chongqing is home to the Foxconn production plant that employs some 30,000 workers making iPhones, iPads and laptops for Apple, as well as computers and servers for HP and Cisco Systems.

This article was written by Turloch Mooney for JOC on March 4, 2016.