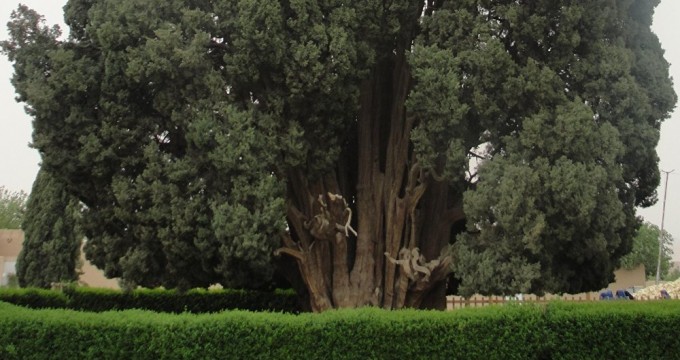 Sarv-e Abarkuh, the second oldest tree around, grows in the town of the same name in Iran’s central Yezd province.

A major tourist attraction with a height of 25 meters and circumference of 18 meters, the Sarv-e Abarkuh cypress was planted about 4,500 years ago which makes it a peer of the ancient Egyptian pyramids, Iran’s ISNA news agency wrote.
Sarv-e Abarkuh is only 300 years younger than the record-holding old-timer Methuselah, a bristlecone pine tree from California’s White Mountains, which is thought to be over 4,800 years old.

Some legends attribute its origin to Japheth, the son of Noah, while others believe Zoroaster himself planted it.

​Favorable natural conditions of its location have been credited as the main reason for the tree’s longevity, although it is now surrounded by an urban park and is open to disturbances by unnatural elements.

In ancient Iran, planting a tree was of great importance and can be seen in some of the carvings of Persepolis. The cypress tree in particular was considered sacred by Zoroastrians as it remained green all year long.

References to the tree were made as early as the 14th century.

Cypresses have been typically the first choice for Iranian Gardens. In all of the famous Persian Gardens, such as Fin Garden, Mahaan, Dowlat Abad, this type of tree plays a central role in their design.
By Sputnik