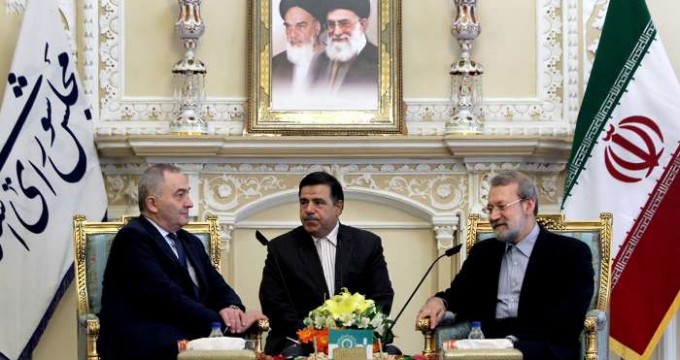 TEHRAN (Tasnim) – Iranian Parliament Speaker Ali Larijani criticized the signatories of a comprehensive nuclear deal with Tehran for a lack of commitment to fully implementing the accord, saying there still remain some banking restrictions that impede international trade with Iran.

“The nuclear agreement was signed some while ago, and Iran has honored all its commitments since, but the other side has not still fully lived up to its commitments, unfortunately,” Larijani said at a meeting with Romanian Foreign Minister Lazar Comanescu in Tehran on Wednesday.

Facilitation of banking transactions is a prerequisite for economic and trade interaction with Iran, as stipulated in the Joint Comprehensive Plan of Action (JCPOA), Larijani added, expressing the hope for the immediate settlement of the banking obstacles.

The JCPOA, the lasting nuclear deal between Iran and the Group 5+1 (Russia, China, the US, Britain, France and Germany), took effect on January 16.

Elsewhere in his comments, Larijani hoped for the expansion of parliamentary ties between Tehran and Bucharest.

For his part, the Romanian diplomat hailed Iran as a major partner for the European Union at the regional and international levels.

Comanescu also stressed the need for regular consultations for the sake of stability and security in the region.

The visiting Romanian minister and his Iranian counterpart Mohammad Javad Zarif agreed in a meeting on Tuesday to hold a session of the joint economic commission of Iran and Romania in Bucharest after a 12-year hiatus.

There has been growing enthusiasm for closer ties with Iran after implementation of the JCPOA, which terminated all nuclear-related sanctions on Tehran.