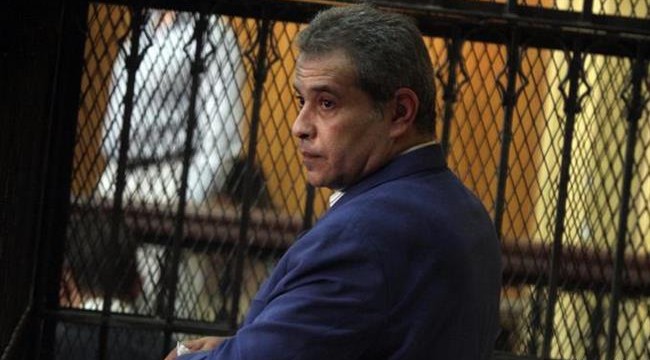 The Egyptian parliament has expelled one of its members over reports that he discussed Egyptian national security matters with the Israeli ambassador in a private meeting in Cairo.

Tewfiq Okasha, who is also a popular TV presenter, hosted Israeli envoy Haim Koren at his home in northeastern Dakhalia Province last week, in a move that sparked outrage in the legislature.

The private dinner became publicly known about when Koren posted a picture on the Israeli embassy’s Facebook page showing him and the Egyptian lawmaker during the meeting.

On Wednesday, the 596-seat parliament decided to dismiss Okasha by an overwhelming majority, as 465 parliamentarians out of the 490 taking part in the session voted in favor of a motion to kick him out.

In an interview with the Al-Masry Al-Youm newspaper, Okasha said he met Koren to discuss the Grand Renaissance Dam, which is being constructed by Ethiopia. Cairo is fearful that the dam would cut into its share of the Nile.

“They (the Israelis) are the ones building the Renaissance Dam, are we fooling ourselves?” Okasha said.

The parliament’s official website said the expulsion is not over the meeting with the Israeli ambassador per se, “but because of the issues discussed during this meeting, in relation to Egypt’s national security.”

“He has behaved in a manner unbecoming of a deputy or the legislature,” said lawmaker Ahmed Nashaat Mansour.

Egypt was the first Arab country to recognize Israel with a United States-sponsored 1979 peace accord. Israel has an ambassador stationed in Cairo but the location of its embassy has been the focal point of a series of protest rallies in the past.

During recent protests, people have demanded that the Egyptian government sever all ties with the Israeli regime and immediately halt its gas exports to Tel Aviv.

The embassy was closed in September 2011 after thousands of protesters stormed the compound. In September 2015, however, it was reopened.

The relations between Egypt and Israel have been growing since President Abdel Fattah el-Sisi took power in the North African country in 2014 after orchestrating a military coup against Mohamed Morsi, Egypt’s first democratically-elected president, a year earlier.